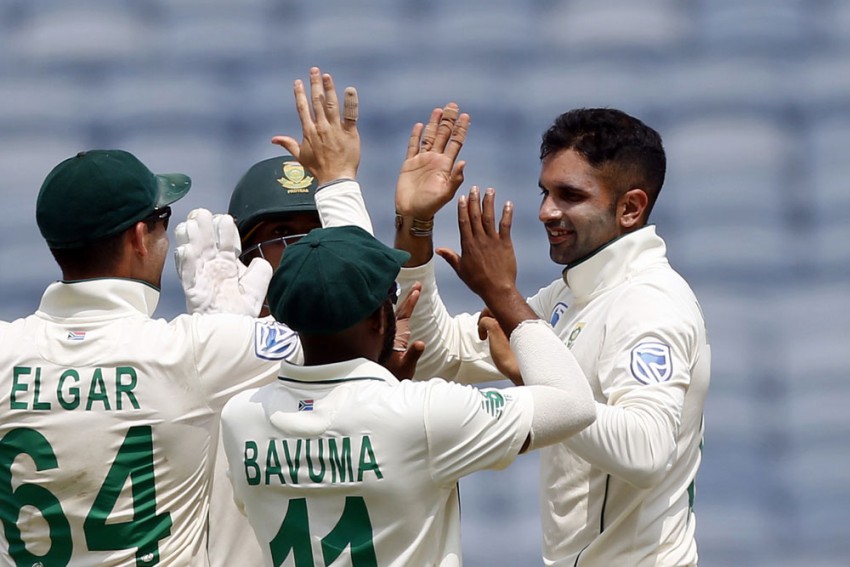 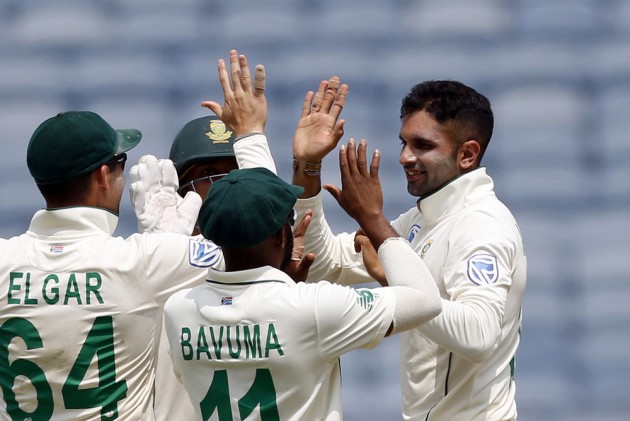 "He (Maharaj) is a good enough spin bowler as he has proved it in the past. It is just one of those things you have to accept and move on as long as guys are not drifting away from the processes," Nkwe said.

The coach, however, admitted that Maharaj needs to do something about his inconsistency.

"It happens from time to time. Inconsistency is not ideal but we still believe he is the man to take us forward in any conditions. He is someone who keeps working hard and never shies away from hard work. So we just hope that soon luck turns his way," said Nkwe.

The coach, however, couldn't provide any definitive plan to tackle Ravichandran Ashwin and Ravindra Jadeja.

Read: Kohli, Jadeja Put Team's Cause Ahead Of Individual Records

"Nothing really changes in terms of intent. We need to keep applying ourselves, have the positive mind to score runs. Yes, we are a little bit on the back foot at the moment but we are not going to back down from a fight," said Nkwe.