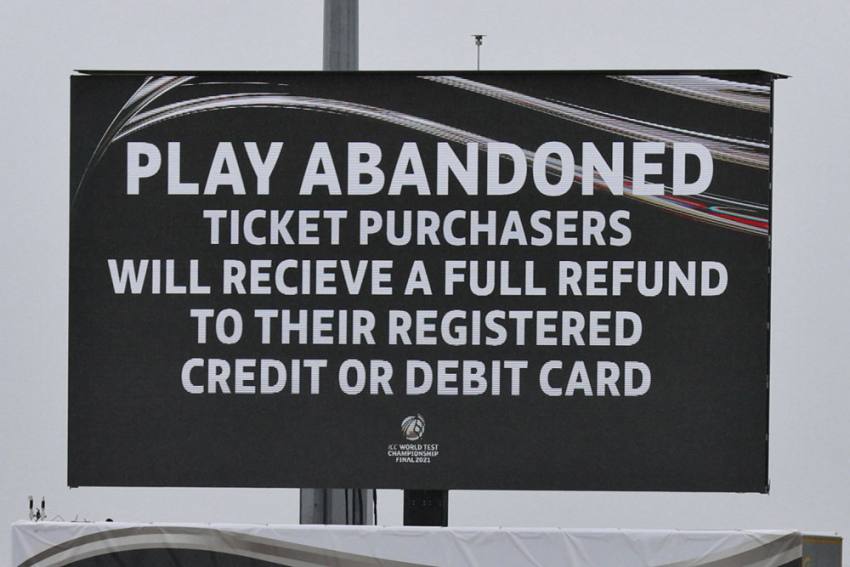 An announcement is displayed on a large screen that the play for the day has been abandoned on the fourth day of the World Test Championship final cricket match between New Zealand and India, at the Rose Bowl in Southampton, England, Monday, June 21, 2021.
AP Photo/Ian Walton
PTI 2021-06-21T21:17:01+05:30 IND Vs ENG, WTC Final: ICC To Sell Tickets For Reserve Day At Reduced Rates 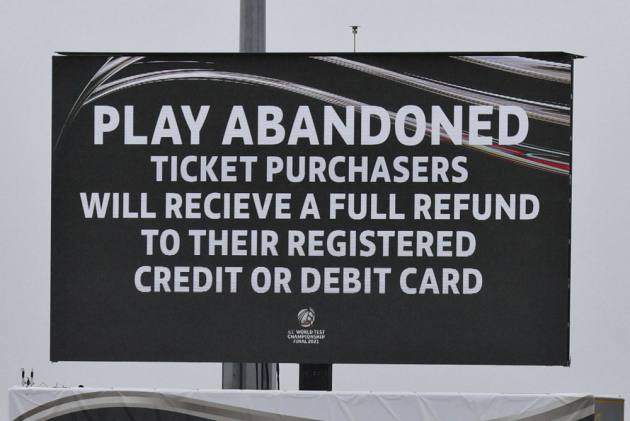 The ICC will be slashing the ticket rates for the reserve sixth day of the World Test Championship final between India and New Zealand which has been severely affected by inclement weather.

After the entire first day's play was washed out, the second day witnessed 64.4 overs being bowled while 76.3 overs was sent down between the two teams on the third day on Sunday.

The fourth day's play is also affected with the first session already washed out and the sixth day, which ICC had kept as the reserve, is certainly coming to effect.

"Yes, the prices of the tickets for the sixth day will be reduced. It's a standard practice for Test matches played in United Kingdom. Since the Test match is only open to UK residents, ICC is following the same guidelines," an ICC source told PTI on Monday.