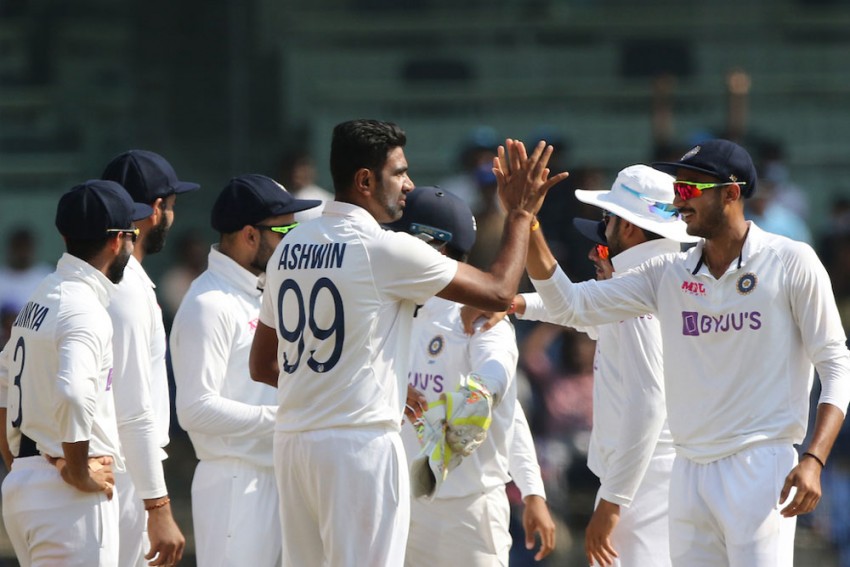 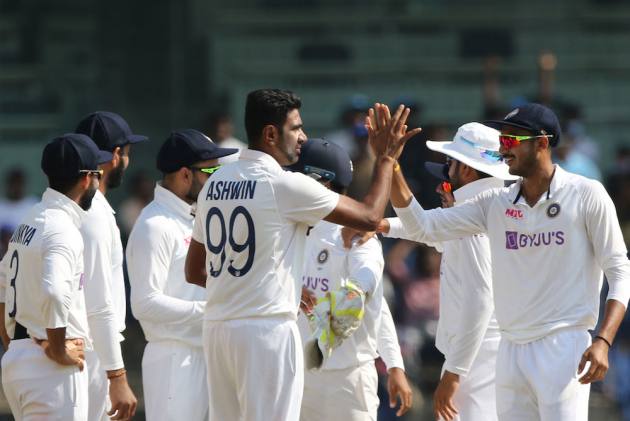 By his own admission, England's Jack Leach is in awe of the exploits of Ravichandran Ashwin and Axar Patel during the pink ball Test and he is eager to learn the nuances of spin bowling from the Indian duo in the fourth and final match, starting in Ahemdabad on Thursday. (More Cricket News)

India won the day-night third Test by 10 wickets inside two days to take a 2-1 lead in the four-match series.

Ashwin and Axar used the spin-friendly Motera pitch to great effect and picked up 18 of the 20 English wickets in the match to demolish the visitors.

"When you see players having so much success, like Ravichandran Ashwin, who has just got to 400 Test wickets and has a lot of experience in India, and Axar Patel, who has had a great start to Test cricket, of course, you try to learn from them," Leach wrote in a column for 'Sky Sports'.

"It's important not to look at it too emotionally though and think 'I just want to bowl exactly like them!'. Ashwin is right-arm, for a start, so I'm not going to bowl like him! Even Axar, he's a left-arm spinner, but he's taller than me - I can't change my height!"

The 29-year-old left-arm spinner felt the experienced Ashwin was very clever in the way he changed his seam position.

"He (Ashwin) will bowl to the same spot but the way it gets there and whether it hits the seam or hits the lacquer varies and the ball reacts very differently," Leach observed.

"Then Axar is someone who seems to present every ball the same, a squarish seam, then a few skid on and the odd one grips - that has been so effective on the wickets we've played on."

Leach is up for the challenge that awaits him in the final Test and sounded confident after picking up the wickets of top four Indian batsmen in the third Test.

"...we're all keen to learn and are excited by the challenge; you have to be because if it was all easy then it wouldn't be Test cricket and it wouldn't be as much fun when you have those good moments. It's something that I'm relishing," he said.

"I was really pleased with the way I got the wickets, lbw and they were all from straight balls, obviously the balls before spin and then you get the wicket with the straight one."

He said he will not get a better four-wicket than he grabbed in the last Test in the form of Rohit Sharma, Cheteshwar Pujara, Virat Kohli and Ajinkya Rahane.

"I'm pleased with the wickets that I've taken, bowling to some of the best players in the world in their own backyard. I don't think I'll get a better four-for and I feel like I've held my own really; that gives me a lot of confidence moving forward," he said.

Leach said personally he did a bit of "soul-searching" after the embarrassing loss in the pink ball Test, insisting that adapting to conditions quickly was the key to success in the sub-continent.

"There has been a lot of talk from outside the group about pitches but for us it has not been about that at all, it's been about how we can improve. We got outplayed in the third Test, India bowled really well and, as a spinner, I've been doing a bit of soul-searching; I felt I bowled well but you have to try and find ways of being even more effective on those kind of wickets," he said.

Leach expects yet another turning pitch for the final Test and said with the red ball, it might spin a bit more consistently.

"We see it as a great opportunity to put what we've learnt into practice and come away with a 2-2 draw."