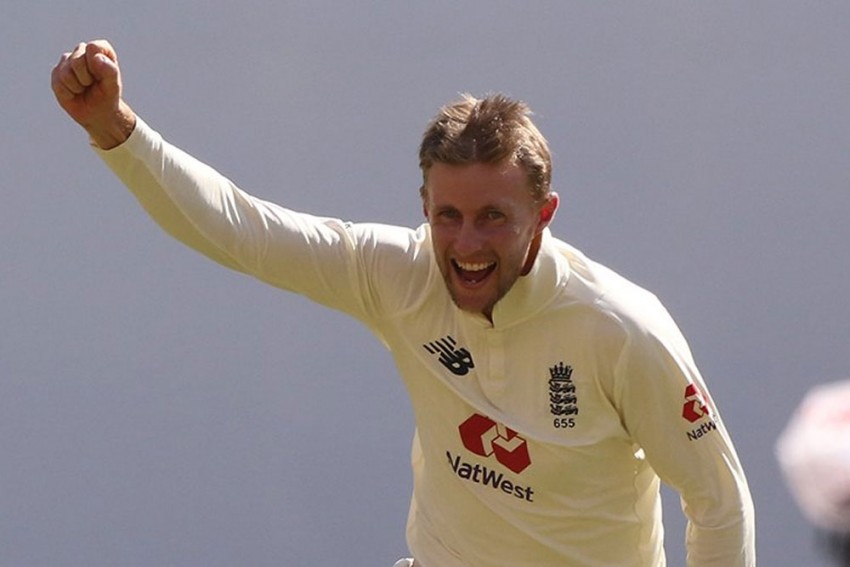 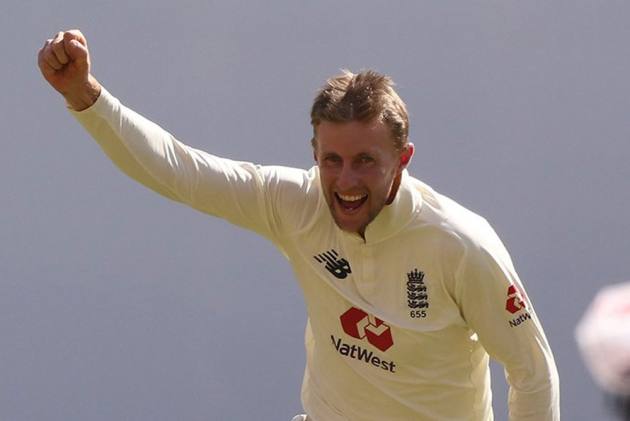 Joe Root's magical spell of off-breaks triggered a sudden collapse as India were caught in their own web of spin to be shot out for a meagre 145 during an exciting second afternoon of the day-night third Test against England in Ahmedabad on Thursday.

The England skipper produced his career-best figures of 6.2-3-8-5, engineering a remarkable turnaround assisted by left-arm orthodox Jack Leach (4/54 in 20 overs).

India lost as many as seven wickets for only 31 runs after looking solid at 114 for 3 at one stage in the game.

India would be happy despite a small 33-run lead, factoring in the ever-deteriorating pitch conditions as the match in all likelihood would end on Friday.

It would now be a game of one innings on a batsman's graveyard with off-break bowlers getting turn and bounce from the rough and left-arm orthodox firing deliveries with the angle.

Rohit Sharma (66, 96 balls) was in supreme form till he was around but another cheap dismissal of vice-captain Ajinkya Rahane (1) off Leach changed the course of events.

Rahane, who has never had much success against slow left arm bowlers, was rapped on the pads as Leach fired one in and it was not much of an issue for umpire Nitin Menon to adjudge him leg before.

Once Rohit was gone, it was time for Root to enter the scene and do a Michael Clarke (6/9 with his left arm orthodox in Mumbai 2004) as Rishabh Pant (1), Washington Sundar (0) and Axar Patel (0) were accounted for in quick succession.

He was referring to the green top strips that are always on offer at Leeds.

Ravichandran Ashwin (17) and Ishant Sharma (10 not out), who hit his first-ever six in his 100th Test appearance, scored a few which can prove to be priceless in the end.