Released By RCB Ahead Of IPL 2010 Auction, Moeen Ali Stalks Virat Kohli With A Beauty - WATCH 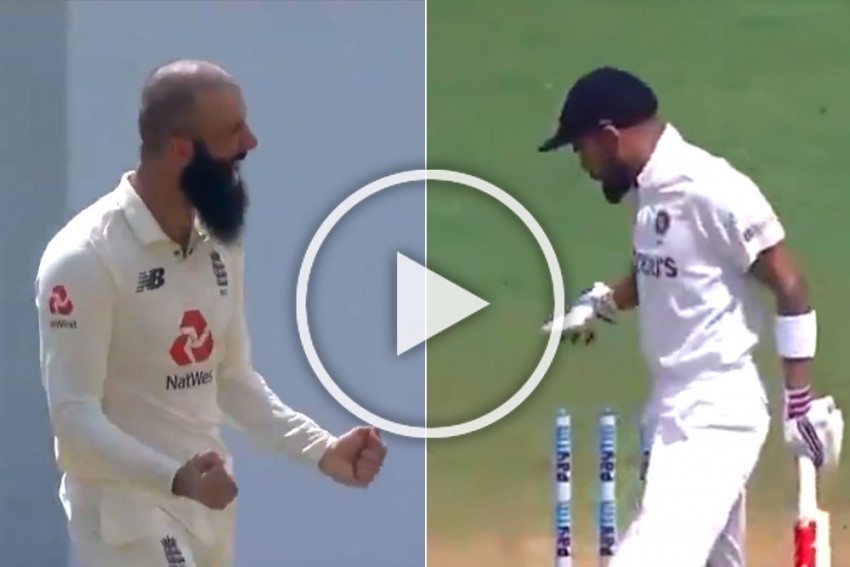 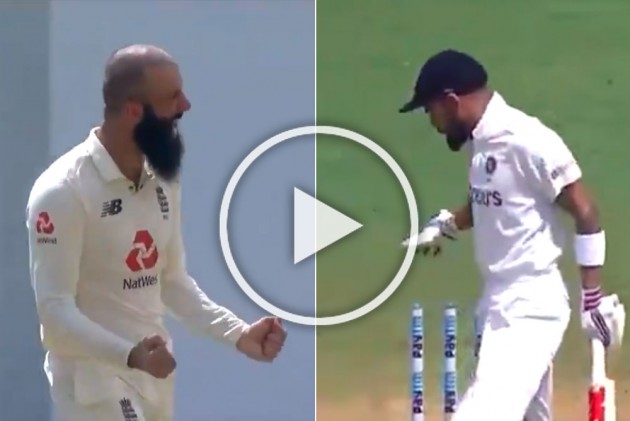 After suffering a humiliating 227-run defeat in the first Test against England, India needed a very strong start in the second match in Chennai. But at Lunch on Day 1, batting first, India were tottering at 106/3 in 26 overs.

And the highlight of the morning session at The Chepauk was Moeen Ali's stunning delivery to clean up India skipper Virat Kohli for a five-ball duck. A classic off-spinner's delivery, breaching the bat and pad with a big turn.

It meant that Kohli, 32, has been dismissed bowled in successive innings at home. In the first Test against England at the same venue, he was bowled by Ben Stokes in the second innings for 72.

And this was also the first time that Kohli has been dismissed for a duck by a spinner, and 11th overall in Test cricket.

Both the teams made a host of changes in their respective playing XIs. India handed Test cap to left-arm spin bowling all-rounder Axar Patel.

Senior pacer Jasprit Bumrah has been rested with in-form Mohammed Siraj back in the playing XI along with left-arm wrist-spinner Kuldeep Yadav, who replaces Washington Sundar to play his first game in two years.