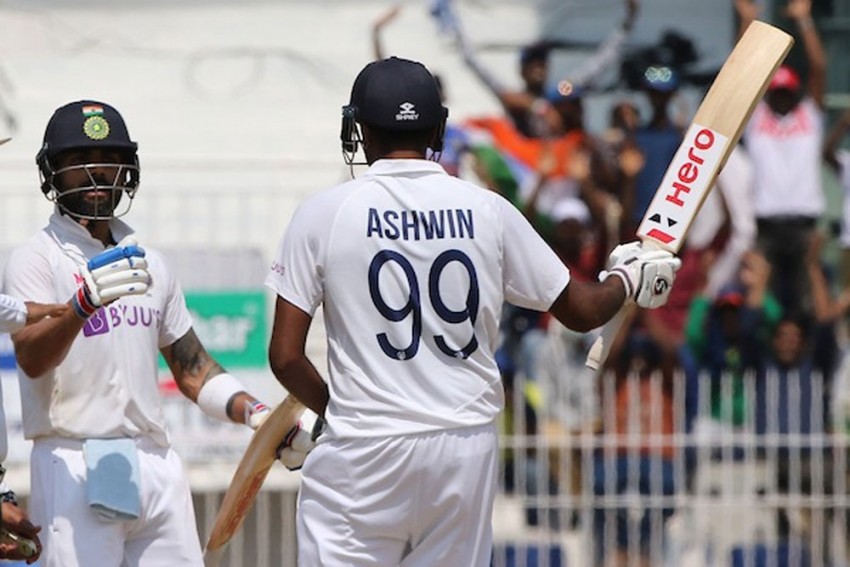 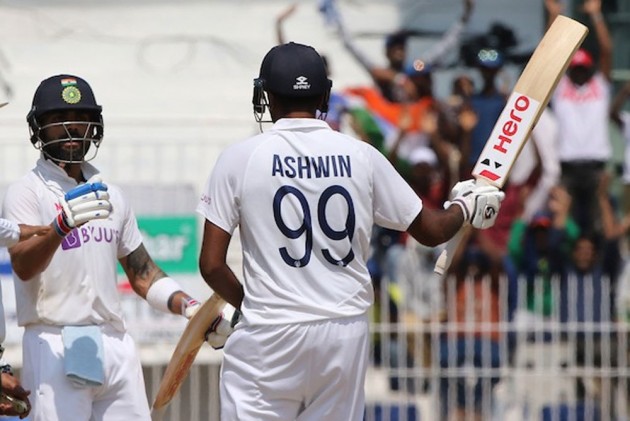 Ravichandran Ashwin scored a magnifcent century on his home ground as India made England toil on day three of the second Test in Chennai.

India need seven wickets to level the four-match series after all-rounder Ashwin made a sublime 106 on a sharply turning pitch at M. A. Chidambaram Stadium on Monday.

Ashwin played with great application and skill to craft a fifth hundred in the longest format, having also taken 5-43 as England were bowled out for only 134 on the second day.

Captain Virat Kohli made 62 but it was all about Ashwin, roared on by a vociferous crowd, once again as India were bowled out for 286 – setting the tourists a mammoth 482 to win.

The excellent Axar Patel dismissed Dom Sibley and nightwatchman Jack Leach, while Ashwin got rid of Rory Burns to leave England 53-3 at stumps and facing a huge defeat.

Moeen Ali (4-98) and Jack Leach (4-100) thrived on a track that has offered significant turn from day one as India lost five wickets in the morning session.

Ashwin and Kohli mastered the conditions impressively to strengthen India's grip on the match, though, putting on 96 for the seventh wicket.

Moeen saw the back of Kohli, who spent five hours at the crease and struck seven boundaries, but went from strength to strength in an imperious knock, hitting a six and 14 fours.

England were finally put out of their misery when Olly Stone cleaned up Ashwin after Mohammed Siraj added insult to injury with a couple of lusty blows over the rope.

Axar (2-15) then got Sibley lbw for only three and Ashwin had Burns (25) caught by Kohli, before Leach fended the first ball he faced from his fellow left-armer to Rohit Sharma at leg slip.

India were convinced Joe Root should have been adjudged lbw when he was struck in front by Axar, but the third umpire ruled he was hit outside the line of off stump in the final over of a great day for India.

The tourists started the third day on the ropes, with India leading by 249 runs on 54-1 after 15 wickets tumbled on a dramatic day two.

Cheteshwar Pujara fell in the first over, comically run out when he lost his grip on his bat after jamming it in the pitch and was out of his ground following fine work from Ollie Pope at short leg.

India were 106-6 with Rohit, Rishabh Pant, Ajinkya Rahane and Axar back in the pavilion, as Ben Foakes produced two excellent stumpings for Leach and Moeen.

Ashwin and Kohli rub England's noses in it

The magnificent Ashwin put England in a spin on Sunday and showed his class with the bat in front of his adoring crowd in what is turning out to be a dream Test for the all-rounder.

Ashwin and the classy Kohli made England suffer on a hot day, with Root's tiring side becoming increasingly sloppy in the field with a combination of dropped catches and a missed stumping.

Kohli looked untroubled until he was pinned in front by Moeen, but Ashwin continued to take a positive approach after bringing up a 64-ball half-century.

He smashed Moeen for a huge six to move three shy of three figures and there was a huge roar when he struck a streaky boundary to complete a brilliant hundred. Only Ian Botham (five) has scored a century and taken a five-wicket haul in the same Test more times than Ashwin's three.