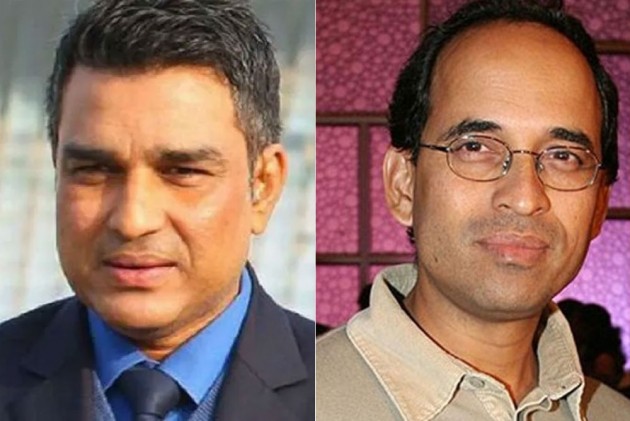 Even as India thrashed Bangladesh by an innings an 46 runs in their first Day-Night Test match inside three days at Eden Gardens, Kolkata on Sunday, two celebrated commentators Harsha Bhogle and Sanjay Manjrekar found themselves in an unbelievable verbal fight over the visibility of pink ball.

While doing commentary on Day 3, Bhogle and Manjrekar engaged in a heated discussion over the matter, and the former suggested that a proper post-mortem needs to be done, and players should be asked before giving the final verdict.

In reply, Manjrekar said that "only you need to ask Harsha, not us, who have played the game..."

Listen to the discussion here:

Harsha bhogle and Sanjay manjrekar having a difference of opinion on live tv pic.twitter.com/0TTSLQDCvO

Low blow from @sanjaymanjrekar there. When Harsha suggested that batsmen should be asked about the visibility of the pink ball, "You need to ask Harsha. I think for players who have played the game..."
And he's again bragging about 10-15 years of FC cricket.
HB sounds agitated.

What the hell is wrong with #SanjayManjrekar. First call Murali Karthik unreliable fr a player injury status then calls him out again. And now fighting with Harsha Bhogle. @BCCI save us from Sanjay Manjrekar. #INDvsBAN

Visibility of the heavily-lacquered ball especially during the twilight period has been a talking point ahead of the country's first Day-Night Test. And on Saturday, BCCI president and former India captain Sourav Ganguly, endorsing the Day-Night Test match, had said that sighting the pink ball is easier than its traditional red avatar.

But the jury is still out, with many Bangladesh batsmen getting hit on the head. Visiting batsmen looked ill-equipped to face a rampant Indian pace attack, but many believe that visibility is one of the reasons.