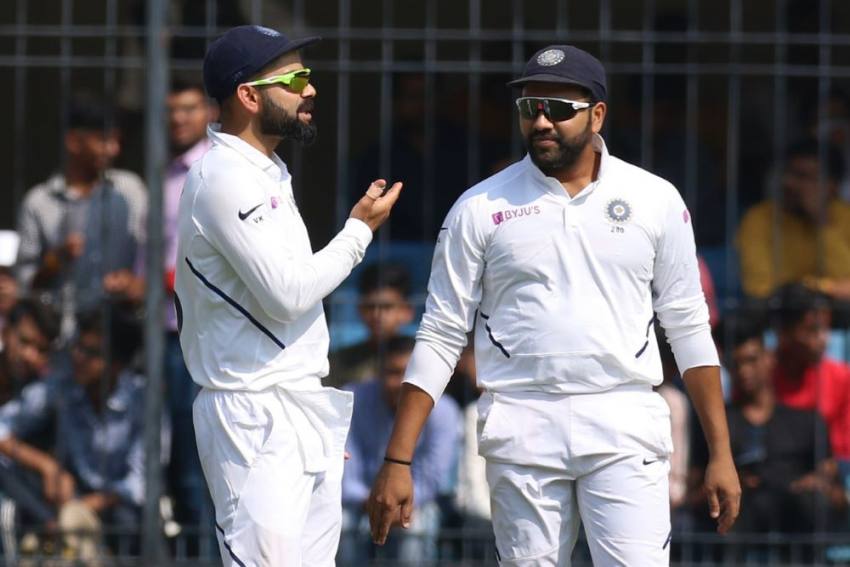 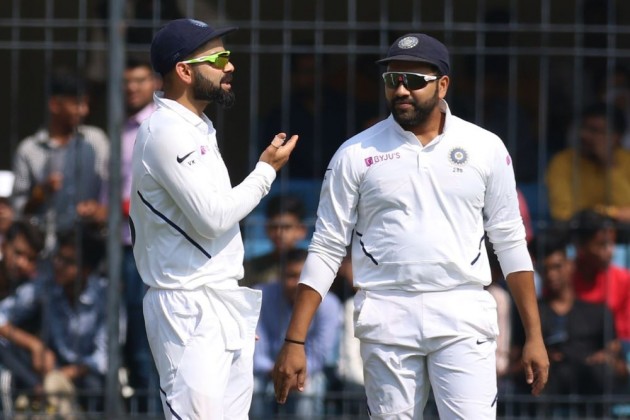 Star Australia batsman Steve Smith reckons Rohit Sharma and Virat Kohli's absence will leave a "big hole" in the Indian team but the visitors have a lot of talented players who can put their hands up in pressure situations. (More Cricket News)

Rohit, who is nursing a hamstring injury, is out of white ball series and is still doubtful starter for Test matches while skipper Kohli will be on paternity leave after the first Day/Night Test in Adelaide.

"Look, Rohit is obviously a tremendous white-ball player, he has proven that for a number of years now at the top of the order, so obviously it leaves a bit of hole," Smith said during a virtual press conference facilitated by Sony Network.

"But I guess the beauty with the Indian team is there are so many batters coming through, that are of high quality."

Smith spoke about Mayank Agarwal and KL Rahul, who were on fire during the IPL.

"You can look at someone like Mayank Agarwal in the IPL, just smashed, KL Rahul in the top order as well. There are plenty of options there for them so, look you leave a hole no doubt, but quality players there to back him up," Smith explained.

He feels that it's the same for Kohli in Test matches.

"The same (like Rohit) I think with Virat and the Test squad. You know there are a number of players who can come in and do a good job.

"Virat is of obviously of high quality, and we know how good he has been in all forms for a long period of times, so it is certainly going to leave a hole but I still do believe that they have got some quality batters waiting in the wings to fill that void."

During last India Test series in Australia, Smith was banned for ball tampering and missed out on challenging one of his favourite opposition.

Will it make him hungrier?

"I don't know if it makes me hungrier. I am always pretty hungry to go out and perform and do well. I guess it was tough watching from the sidelines and particularly with the team not doing as well," he said.

He admitted that it was difficult to see Tim Paine's boys lose the series 1-2.

"Obviously they wouldn't have liked losing that series. That was difficult to watch, that was hard but certainly look forward to this series, two of the top teams in the word going out, two quality pace and batting -line ups and makes for an interesting and exciting summer."

Sledging according to Smith is over-rated in India versus Australia contests especially after all players converge during IPL and no one wants an awkward situation.

"People talk so much about sledging and stuff but really there is very little that happens in our days. I think that's probably a lot to do with things like IPL," he said.

"You know IPL brings players from all around the world together, so for instance if you get stuck in to someone one day, you might be playing with them a few weeks or few months later.

"....And then, it's a bit awaked sort of conversation, so honestly, it does not happen too much in our days."