The right-handed middle-order batsman has already left for the UK and will be a part of the Birmingham based county side for at least three games this season. 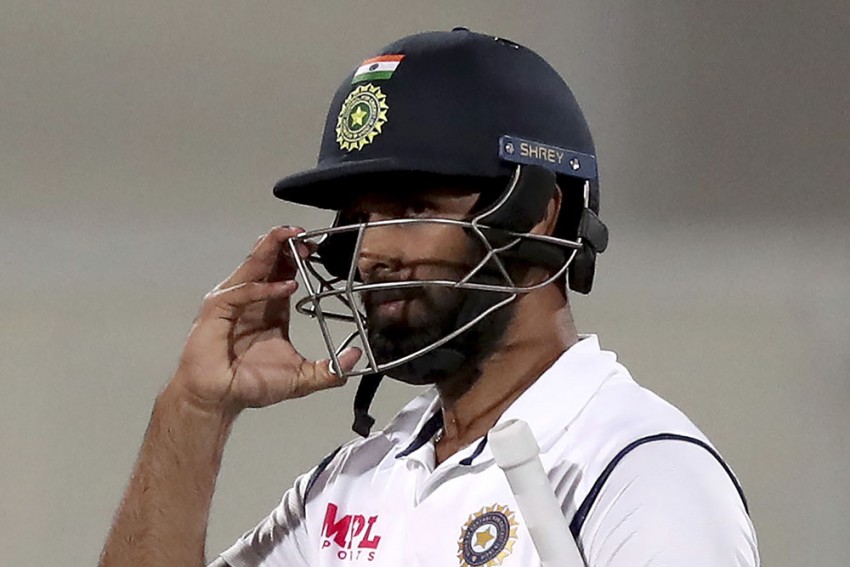 Hanuma Vihari last played in the IPL back in 2019 for Delhi Capitals and since then has gone unsold at the successive auctions.
AP Photo
PTI 2021-04-06T13:53:52+05:30 Ignored By IPL, Hanuma Vihari Set For County Stint With Warwickshire

The Indian Premier League franchises turned him down but Team India's Test specialist Hanuma Vihari is all set to prepare for the upcoming six-Test season in the United Kingdom by competing for English county side Warwickshire. (More Cricket News)

The right-handed middle-order batsman has already left for the UK and will be a part of the Birmingham based county side for at least three games this season.

"Yes, Vihari will be playing in the English county side for Warwickshire this season. He would play a few games. He is already in England now," a senior BCCI official confirmed the development to PTI on Tuesday.

The Warwickshire county's official page hasn't made the announcement yet but as per BCCI officials, the modalities are being worked out.

"The contract is being chalked out. He will play a minimum of three games. We are trying to figure out if there is a chance to play a few more," an official said.

Vihari last played in the IPL back in 2019 for Delhi Capitals and since then has gone unsold at the successive auctions after being billed as a Test specialist.

The 27-year-old has scored 624 runs in 12 Tests for India at an average of 32 plus. He has hit a hundred and four half centuries.

Vihari's last India outing was in the Sydney Test against Australia, where his epic four-hour vigil (23 not out), with a torn hamstring alongside Ravichandran Ashwin, saved the game for the visiting team.

He came back after an intense rehabilitation at the National Cricket Academy (NCA) in Bengaluru but had an indifferent Vijay Hazare Trophy for Andhra, scoring only a single half-century and failing to reach double digits in the next five games.

"With a curtailed domestic season this time and Vihari being a part of the Test side, he needs match practice.

"All his other Test colleagues are part of the IPL teams including Cheteshwar (Pujara). Even if it's white ball games, they will be fit and match-ready," the source said.

"However, we need to ensure that Vihari also gets game time before the England tour. It's not just one World Test Championship final but it's followed by a full-fledged five-Test series. We need him ready," he added.

Over the years, the BCCI has encouraged a lot of its cricketers to go and play county cricket, especially before the England tours.

Ishant Sharma, when he wasn't a part of the IPL, had gone to Sussex and became a better red ball bowler during the past few years.
Ashwin and Axar Patel have also played county cricket in recent years.

The most high-profile name which was supposed to play country cricket (in 2018) but missed out due to injury was Indian captain Virat Kohli, who had a contract with Surrey.