Indians dominated the limited-over teams by having three and four players in the ODI and T20I, respectively, while England have maximum number of players - four - in the Test side. 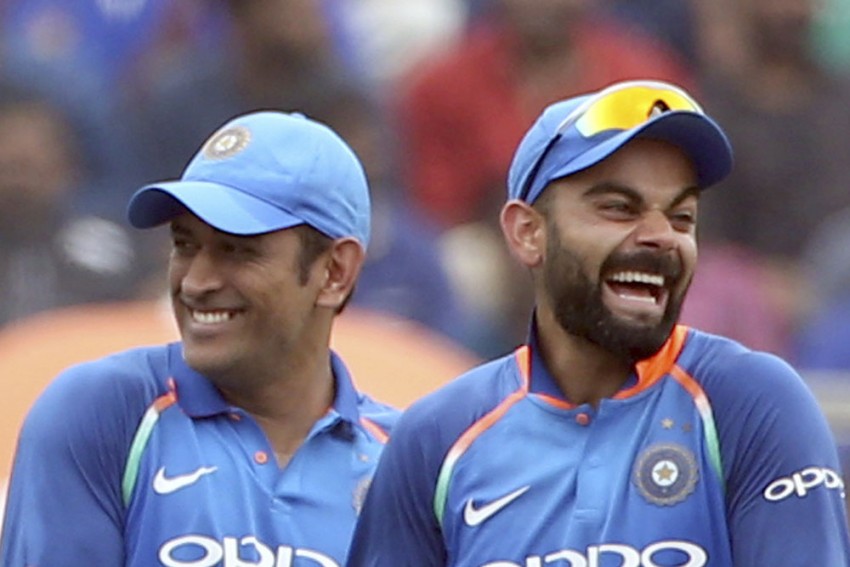 The legendary Mahendra Singh Dhoni was on Sunday named captain of ICC's ODI and T20 International teams of the decade while Virat Kohli stamped his pre-eminence in world cricket after being voted the skipper of the Test team.  (More Cricket News)

Indians dominated the limited-over teams by having three and four players in the ODI and T20I respectively while England have maximum number of players -- four -- in the Test side.

The ICC Men's ODI Team of the Decade:

The 39-year-old Dhoni, who retired from international cricket earlier this year, was one of the three Indians in the ODI team of the decade, the others being Rohit Sharma and skipper Virat Kohli.

Dhoni has three other compatriots in the T20I team -- Rohit, Kohli and Jasprit Bumrah.

Besides being named captain of Test team, Kohli is the only player in the world to have been voted in the teams of the decade in all formats.

Your ICC Men's Test Team of the Decade ðÂÂÂ

The teams of the decades were announced by the ICC ahead of the Awards of the Decade ceremony, to be held in virtual mode on Monday.

In the Test team of the decade, senior spinner Ravichandran Ashwin is the other Indian while the four Englishmen are Alastair Cook, Ben Stokes, Stuart Broad and James Anderson. Australia are represented by Steve Smith and David Warner.

India has the maximum number of players in the ODI team of the decade with Australia (Warner and Mitchell Starc) and South Africa (AB de Villiers and Imran Tahir) having two each.

Indian also dominated the T20I team of the decade with four players in it. West Indies has two in Chris Gayle and Kieron Pollard while Australia also has the same number of players in Aaron Finch and Glenn Maxwell.

Among women, Harmanpreet Kaur and Poonam Yadav made it to the T20I team of the decade while Mithali Raj and Jhulan Goswami were picked for the ODI team.

The ICC Women's ODI Team of the Decade ðÂÂÂ

The ICC Awards of the Decade that recognise the best players across cricket over the past 10 years invited fans to vote for the first time. More than 1.5 million fans from across the globe participated, casting 5.3 million votes.

The ICC Women's T20I Team of the Decade ðÂÂ¥

The nominees for each of the categories have been determined by the Awards Nominations Committee according to on-field performances and overall achievements for at least five years during the period, the ICC said.

The rest of the #ICCAwards of the Decade will be announced 8.30 AM GMT tomorrow!

That's all for today, folks! Take a breather ðÂÂÂ pic.twitter.com/M3FUgqKZUi