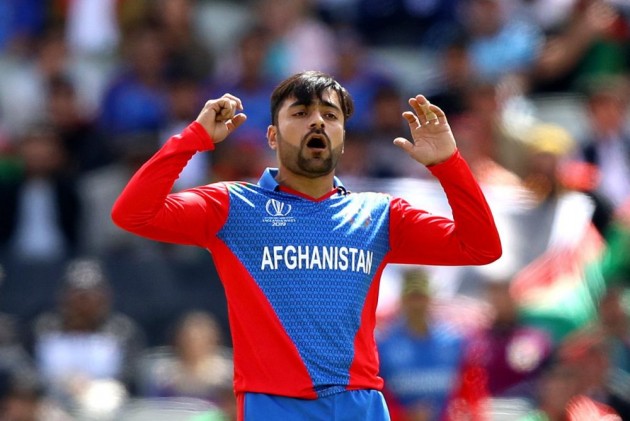 Leg-spinner Rashid Khan is mentally strong and one bad game against England won't affect him, Afghanistan captain Gulbadin Naib said on Friday as his side prepares to face India at Southampton. (2019 CRICKET WORLD CUP FULL COVERAGE)

Rashid was hammered by England skipper Eoin Morgan as he went for 110 runs in nine wicketless overs during Afghanistan's previous game.

Gulbadin, however, firmly stood by his strike bowler.

"I know it's happened to every player, you face a day like this. Everyone knows, in cricket or life in general, you have a phase of good days and also have bad days. So that's one of the bad days of Rashid Khan, if I look at it," Gulbadin said on the eve of Saturday's India game.

While he lauded England, Gulbadin had a word or two about Rashid's tough interior that will help him bounce back.

"But Rashid, I think he's one of the strongest mind players now, so he learns everything very quickly. He does not think about the last day or what happened the day before. He's just focusing on the present and the future. So that’s the best thing about Rashid," he said.

He admitted that Afghanistan's performance in this World Cup has been below par, primarily due to the poor show in all departments of the game before the England game.

"The England game was a positive for us we were able to bat 50 overs," he said.

But in order to improve, Afghanistan need to play top teams on a regular basis, Gulbadin said, echoing Rashid's sentiments.

"We want to improve our experience, so we should play against the good teams like India, Australia, South Africa, Pakistan. If you are targeting like the top five or top six teams, we should play a lot with them," the skipper said.