Stefanos Tsitsipas surprised himself with the way he blew Dominic Thiem away in the second set of a classic clash, before going on to win the ATP Finals. 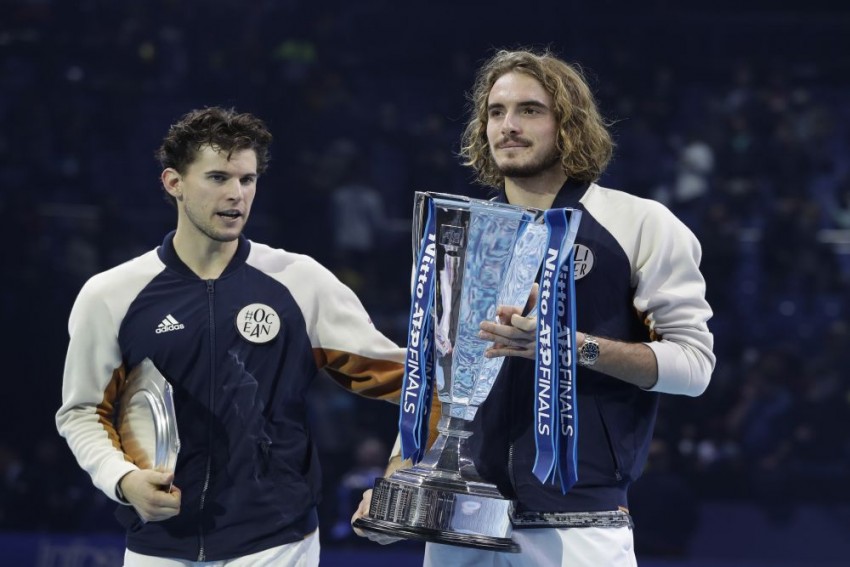 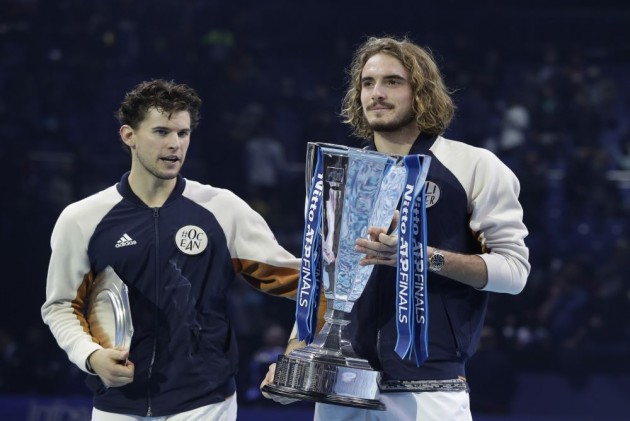 Stefanos Tsitsipas had "no idea" how he moved to another level in the second set of a "rollercoaster" clash with Dominic Thiem before going on to win the ATP Finals.

Tsitsipas and Thiem put on a thrilling show in London, the aggressive sixth seed putting the disappointment of losing a first-set tie-break behind him by bossing the second set.

Two-time French Open runner-up Thiem came 3-1 down to force another breaker, which Tsitsipas led 4-1 before the fifth seed stormed back again by winning the next three points.

Tsitsipas was not to be denied the biggest title of his fledgling career on his debut at the event, a year after he was crowned Next Gen champion, and he was at a loss to explain how he was able to level the match in such assertive fashion.

"I have no clue how I played so well in the second set," said Tsitsipas, the youngest winner of the tournament since Lleyton Hewitt in 2001.

"I have no idea. I think my mind was at ease and I wasn't really thinking of much, which led to such a great performance in the second set, breaking him twice. It was pretty much an excellent set for me.

"It was pretty frustrating for me to be playing with such nerves [during the final set]] for the first time in such a big event. I was a break up, I couldn't manage to hold it.

"Things were decided in the tie-break and I am so relieved by this outstanding performance and fight that I gave out on the court."

He added: "It's been a rollercoaster. Holding this trophy right now feels amazing."