On Sunday, Deepak Chahar recorded the best figures in T20Is which also included a hat-trick against Bangladesh, and two days later, he claimed three in three balls in a Syed Mushtaq Ali Trophy match 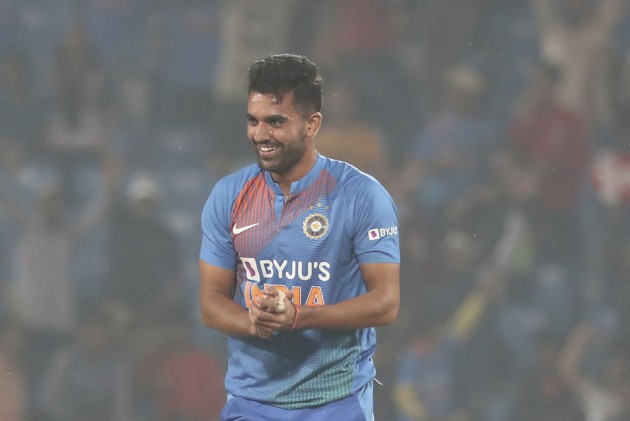 After helping India beat Bangladesh in the third and final T20I match against Bangladesh on Sunday, Deepak Chahar claimed his second hat-trick in three days. On Tuesday, Chahar turned up for Rajasthan and claimed three Vidarbha wickets in their Syed Mushtaq Ali Trophy match at Thiruvananthapuram. (More Cricket News)

The 27-year-old claimed the last three wickets of Vidarbha innings in successive deliveries in the 13th over. But his effort failed to save Rajasthan as they lost the match by 1 run in the rain-affected match.

He now holds the record for multiple hat-tricks in fewest days (3). The record previously belonged to Indian legend Yuvraj Singh, who claimed two in a space of 16 days. Third in the list Aussie fast bowler, Andrew Tye - who did in in 93 days.

Chahar on Sunday produced the best bowling figures in a T20I match by claiming 6 wickets for seven runs in a spell of 3.2 overs. He thus broke Sri Lanka's Ajantha Mendis' record - 6/8 against Zimbabwe in 2012.