In a joint statement by golf's major tournaments, tours and sanctioning bodies, officials stressed that competitions would be conducted only if conditions were safe enough to do so without a health threat 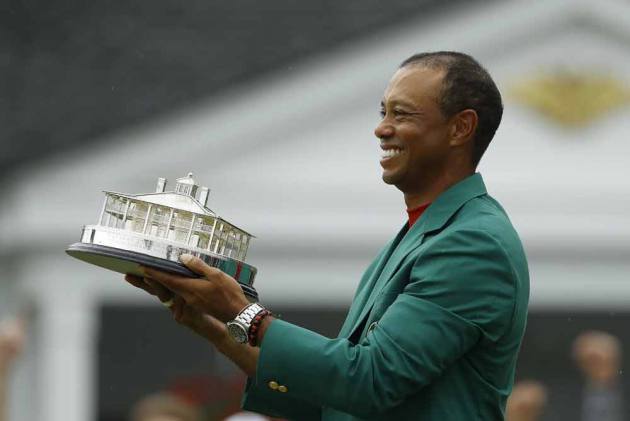 Three US-based major golf championships announced rescheduled 2020 dates Monday in the wake of the British Open being called off until 2021 as a result of the coronavirus pandemic.

The PGA Championship is now scheduled to be played August 6-9 at Harding Park in San Francisco. It was postponed from May.

The US Open was rescheduled from June to September 17-20 with the Ryder Cup to be contested one week later at Whistling Straits as scheduled.

The Masters, which was to have been played this week at Augusta National, has been rescheduled for November 12-15.

In a joint statement by golf's major tournaments, tours and sanctioning bodies, officials stressed that competitions would be conducted only if conditions were safe enough to do so without a health threat.

"This is a difficult and challenging time for everyone coping with the effects of this pandemic," the statement said.

"We remain very mindful of the obstacles ahead, and each organization will continue to follow the guidance of the leading public health authorities, conducting competitions only if it is safe and responsible to do so.

"In recent weeks, the global golf community has come together to collectively put forward a calendar of events that will, we hope, serve to entertain and inspire golf fans around the world.

"We are grateful to our respective partners, sponsors and players, who have allowed us to make decisions -- some of them, very tough decisions -- in order to move the game and the industry forward.

"We want to reiterate that Augusta National Golf Club, European Tour, LPGA, PGA of America, PGA Tour, The R&A and USGA collectively value the health and well-being of everyone within the game of golf and beyond, above all else. We encourage everyone to follow all responsible precautions and make effort to remain healthy and safe."

The release also included a partial schedule of top events for the remainder of the US PGA Tour campaign.

The US tour's regular-season finale, the Wyndham Championship at Greensboro, North Carolina, will be played August 13-16 with the season-ending tour playoffs to follow over the next three weeks -- The Northern Trust at TPC Boston, the BMW Championships in suburban Chicago and the Tour Championship on September 4-7, concluding on the US Labor Day holiday.