Bundesliga’s promise, which comes at the back of the sports minister Kiren Rijiju’s pan-India scheme to scout talent, thus comes at an appropriate time for Indian football 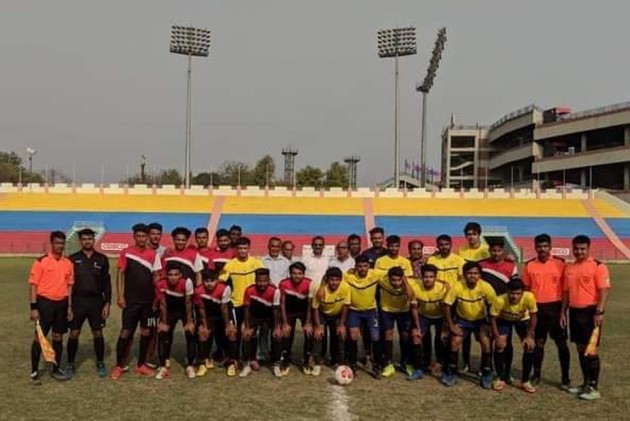 Football Delhi’s endeavour to bring back the golden days of the game in the national capital got a boost when a top official from the German Bundesliga extended a helping hand to the officials who run the game. (More Football News)

Speaking at an e-summit organised by Football Delhi on Monday, Peer Neubert said: “We can extend our expertise and support to football in the Capital City to assist the development of football. By engaging with the local football fans, we will have the opportunity to increase the fan following of Bundesliga in Delhi."

"Clubs must have some social responsibilities to connect with the society. Top tier football must be connected with the local football," added Bundesliga marketing head.

The state association has been trying to engage at every level of the football pyramid and its activities have increased 10-fold in the last 30 months.

Bundesliga’s promise, which comes at the back of the sports minister Kiren Rijiju’s pan-India scheme to scout talent, thus comes at an appropriate time.

Shaji Prabhakaran, the president of Football Delhi, said: “It is vital to have a collaborative approach not only at the local level but at the national and global levels. This approach would bring the best out of our local clubs and then Delhi would lead by example.”

Delhi once hosted two of India’s most prestigious football tournaments – the Durand Cup and the DCM Trophy.

Top corporates and journalists speaking at the e-summit wanted a “good product” that will attract the sponsors and the media.

Siddhant Narayan, the head of marketing, OnePlus, said: “If you have a good mix of players then it would be better to bring the corporates for investment. Football Delhi should build a good package for brands to be part of football in the Capital City which would be a win-win situation as cities like Delhi are the target markets for the brands and data indicates that football following among youths are significant from metro cities.”

Legendary football commentator John Helm said Delhi must have an “elite team” so that fans can watch on TV and get motivated.

“The local football must have 10-15 elite players whom fans can connect with and follow,” said Mishra of Baseline Ventures, while Tomar of IOS, wanted a long-term approach.

“There must be a long-term investment in football to get greater results and to develop the game. Local government must be engaged by the association as the state can play an important role to support the local needs,” said Tomar.

“Government and state administrations need to step up to develop and Delhi must leverage its youth population to create a huge fan base,” suggested Amrani.