A 13-member Indian boxing contingent, including eight men and five women, is participating in the tournament 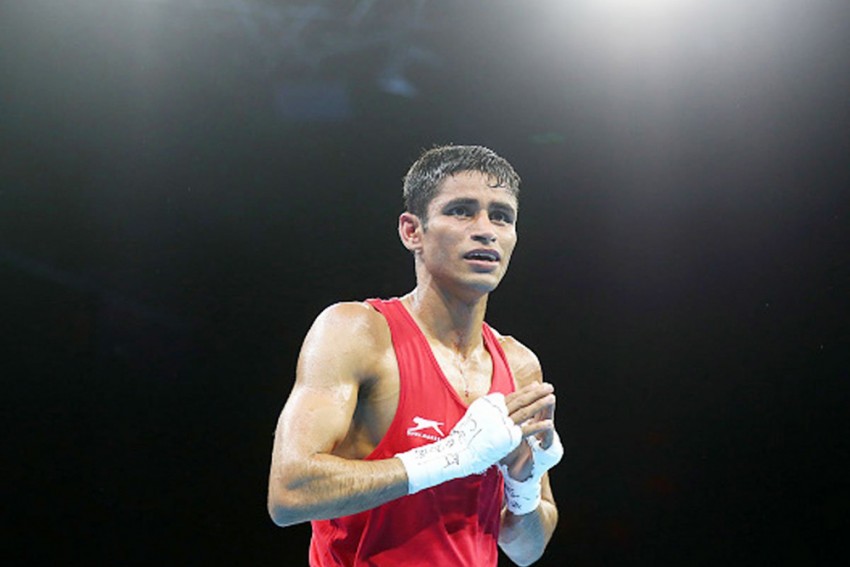 Commonwealth Games gold medallist Gaurav Solanki (57kg) advanced to the quarterfinals of the Bosphorus Boxing Tournament with a facile opening round win in Istanbul Turkey.

Solanki looked in complete control from the word go as he blanked opponent Arapov Aidos of Kazakhstan 5-0 to make the last eight.

World Championship bronze medallist Sonia Lather also kickstarted her campaign on a winning note. The Haryana pugilist dominated her opponent Rosorio Milogros from Argentina before completing a 5-0 win in the women's 57kg.

Lather will take on local favourite Surmeneli Tugcenaz in her second round match.

On the second day of the event, six more Indian boxers will be seen in action as they begin their campaign. World Championship bronze medallist Shiva Thapa (63kg), Duryodhan Negi (69kg), Brijesh Yadav (81kg) and Kishan Sharma (+91kg) will compete in the men's category while Nikhat Zareen (51kg) and Parveen (60kg) will be seen in women's category.

A 13-member Indian boxing contingent, including eight men and five women, is participating in the tournament, which is scheduled from March 15-21 and have strong competition with the presence of top boxing nations like Russia, Argentina and Kazakhstan.