By the end of the eighth round in LaLiga, seven teams could potentially go into the international break at the top of the table, with Athletic Bilbao in seventh, only three points behind Real Madrid at the summit. 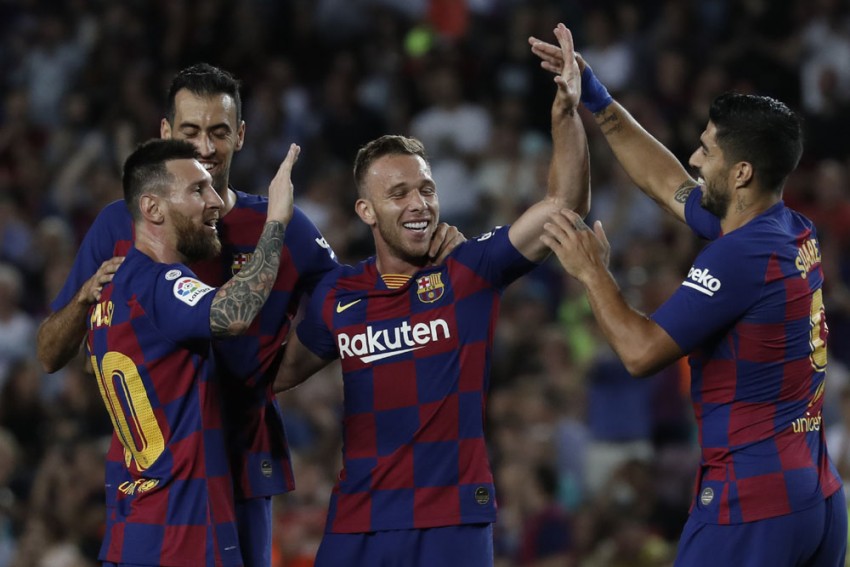 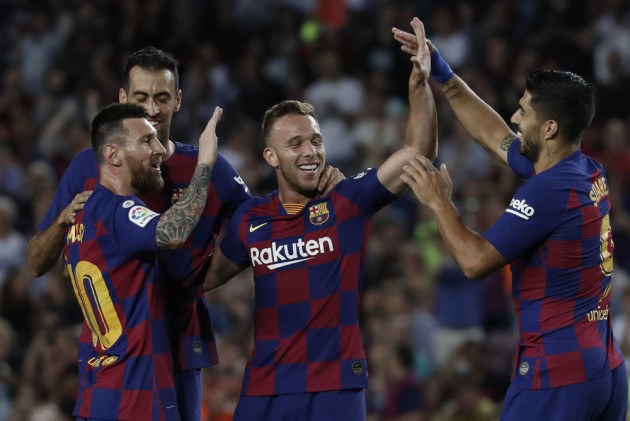 Real Madrid have hardly got going and Granada have just arrived but La Liga's chaotic opening few weeks means they face each other in an unlikely battle of first against second on Saturday.

By the end of the eighth round in Spain, seven teams could potentially go into the international break at the top of the table, with Athletic Bilbao in seventh, only three points behind Madrid at the summit.

In between, Barcelona sit fourth and Sevilla sixth, with those two also up against each other at Camp Nou on Sunday. Atletico Madrid and Real Sociedad complete the group of early front-runners.

None have truly convinced after a merry-go-round of results against each other that leaves few patterns and many doubts.

Madrid beat Sevilla but were held by Atletico while Granada beat Barcelona but lost to Sevilla. Real Sociedad beat Atletico but lost to Bilbao and Sevilla, who beat Granada and la Real but lost to Real Madrid.

Bilbao, who visit Celta Vigo on Sunday, have not lost to any of the leading seven while Barcelona and Atletico, last season's champions and runners-up, have not beaten any of them.

"La Liga is complicated for everyone right now," said Atletico coach Diego Simeone last month. "Everyone is trying to build some momentum."

After two years of domestic disappointment, Zinedine Zidane said in April the league would be Madrid's priority this season and they remain unbeaten, approaching Granada and have three consecutive clean sheets in the league.

Yet aside from an excellent win away at Sevilla last month, Zidane's team have looked laboured, particularly at the Santiago Bernabeu, where the tension and frustration in the stands has regularly taken hold on the pitch.

Eden Hazard has been sluggish and the midfield stodgy. Thibaut Courtois in goal was whistled on Tuesday, his popularity with the fans still to be established.

"I've never taken notice of it. Everyone expects me to score three goals in every game but you have to wait a bit, I've had an injury. Goals will come."

Madrid were held 2-2 by Club Brugge in the Champions League in midweek. If Granada were watching, they may have concluded there is little to fear this weekend.

'I don't look at the table'

Promoted after finishing second in Segunda last term, Diego Martinez's side have made a remarkable start, even if their coach feigns ignorance about their heady place in the table.

By then, few would expect Granada still to be among the leading pack. Sevilla and Athletic Bilbao look better equipped to last the distance and replace Valencia in the top four.

Sevilla made 12 signings in the summer but have gelled quickly under Julen Lopetegui, even if their thrilling 3-2 victory over Real Sociedad last weekend was as nervy as it was needed following two consecutive defeats.

Lopetegui knows better than most the fragility of strong starts. His Real Madrid side won four of their opening five league games last term before they lost form and he lost his job.

In that way, hopes for an open title race may also be premature. At this stage 12 months ago, there were also three points between first and seventh. Barcelona led but were only one point better off than they are now. They went on to win the title by 11 points.

Ernesto Valverde will be counting on a similar gathering of momentum after Barca made it three wins out of three by beating an impressive Inter Milan side on Wednesday, with a fit-again Lionel Messi back in the fold.

After the game, Messi dismissed talk of rifts between the players and board while admitting in almost the same breath that the club's pre-season tours had hampered, not helped, the team's preparations.

"But I have no doubt we are going to get better," said Messi.