Adil Khan, whose last-gasp equaliser salvaged a draw for India against Bangladesh in their last FIFA World Cup qualifier, said that he'll be happy "scoring a few more goals" for the Blue Tigers 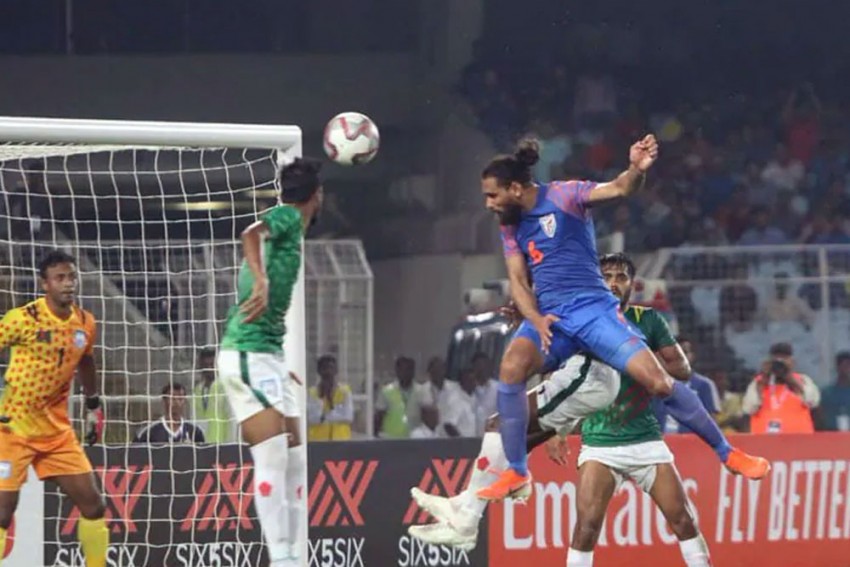 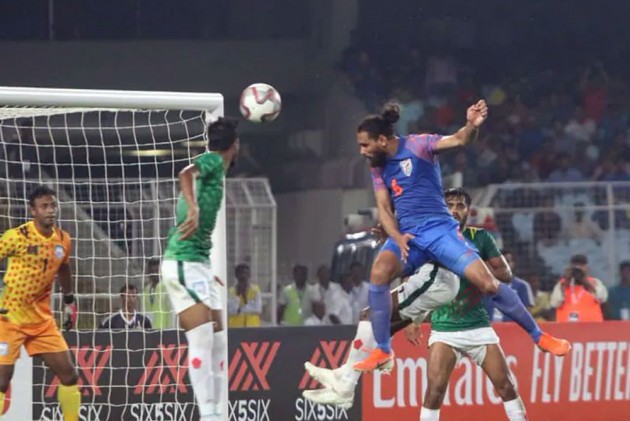 Khan, whose last-gasp equaliser salvaged a draw for India against Bangladesh in their last qualifier, said that he'll be happy "scoring a few more goals" for the Blue Tigers in the future.

The team is leaving for their upcoming World Cup qualifying assignments against Afghanistan and Oman.

"Afghanistan beat Bangladesh in their only home game so far and they are a respectable side. They can impose a heavy challenge on us," Khan said.

Recalling his strike, he said, "It was the moment of truth for us, and thankfully, I could contribute. It could have been anyone actually. Now, I don't want to look back and reminisce about the goal. I would rather like to score a few more for India."

India are scheduled to clash swords with Afghanistan in Dushanbe, Tajikistan on November 14, before flying to Muscat where Oman will host the Blue Tigers five days later.

On being asked how challenging would the tie against Afghanistan be, he said: "Very tough actually. Afghanistan have always been a juggernaut for us. We have to very cautious and stay on our toes throughout to garner a positive result against them.

"We have heard from Sunil-bhai, Gurpreet-bhai and others how gruelling and taxing it was in the SAFF Tournament final in 2016.

"As I heard, a few Afghani players ply their trade in different European leagues and it underlines how threatening their players can be."

Adil had made his debut for the Blue Tigers in 2012 before making a comeback seven years later under Igor Stimac in the King's Cup 2019.

"It's a dream-come-true occasion for any footballer to represent his country and I'm no different. I still remember my first match back in 2012 and again getting the national ream call-up in 2019 was something like my reincarnation as a footballer."

India will have a session in Dubai before flying to Dushanbe, and Stimac said it will "immensely benefit the squad".

"We wanted to fasten the recovery process. The morning session in Dubai will also help us in a way or two before reaching Dushanbe," Stimac said prior to departure from the capital.

Sunil Chhetri, the talismanic striker felt, "A good sleep, proper diet and recovery are very important to stay in the right shape before we face Afghanistan on 14th. The rest in Dubai will help all shrug off the fatigue."