Ferrari Should Have Paid Sebastian Vettel Off To Avoid 'Screwed-Up Dynamic': Eddie Irvine

Eddie Irvine says Ferrari have made a mistake in keeping Sebastian Vettel on this season when he knew he was not wanted. 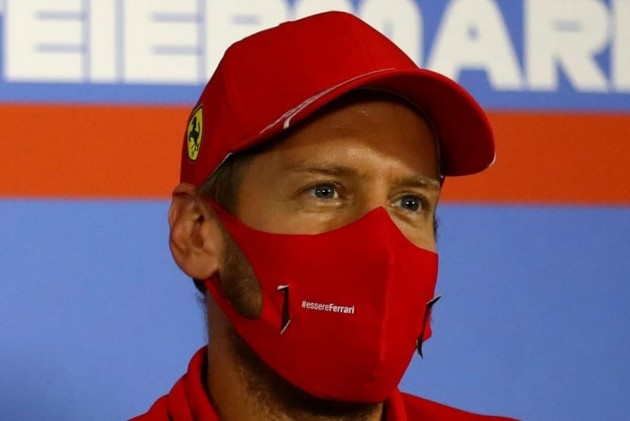 Eddie Irvine thinks Ferrari should have got rid of Sebastian Vettel before this season to avoid the "screwed-up dynamic" they are faced with, saying it is "destructive" having the German on the team.

The Scuderia announced in May that Vettel would not be kept on for 2021 and swiftly confirmed Carlos Sainz will replace him.

Vettel has endured a nightmare start to his final season with the Italian team, retiring from the Styrian Grand Prix on Sunday after a first-lap collision with his team-mate Charles Leclerc, who admitted being at fault.

The four-time world champion finished back in 10th in the first race of the year in Spielberg following contact with Sainz, before upgrades to both his and Leclerc's cars were fast-tracked.

Former Ferrari driver Irvine thinks the 33-year-old should have been paid off rather than be kept on knowing he had been deemed surplus to requirements.

He told Stats Perform News: "The problem is with Vettel and I've said it many, many times, he makes way too many mistakes. At the weekend, even though it was Leclerc's fault, he left the door so wide open.

"He waved Leclerc down and then when Leclerc got in there Vettel had to turn right because the car was to his left, but he really did leave a massive gap that sucked Leclerc in. It was Leclerc's fault, but I'd put five per cent of the blame on Vettel."

He added: "At Ferrari, the pressure is second to none, it's a tough situation but I think now it's even tougher, because Ferrari are stuck with a driver that knows he's getting sacked at the end of the year.

"Really the loyalty is not there and Leclerc is their number one hope, so I just think it's a really screwed-up dynamic.

"I would have got rid of Vettel this year to be honest, just paid him to go and taken a young guy, or anybody.

"I think it's destructive having Vettel there, but they had their reasons, I guess. Maybe they didn't want to pay so much money for a guy to do nothing, I don't know."