Skriniar not only managed to keep Lewandowski at bay, he scored the winning goal in Slovakia's win 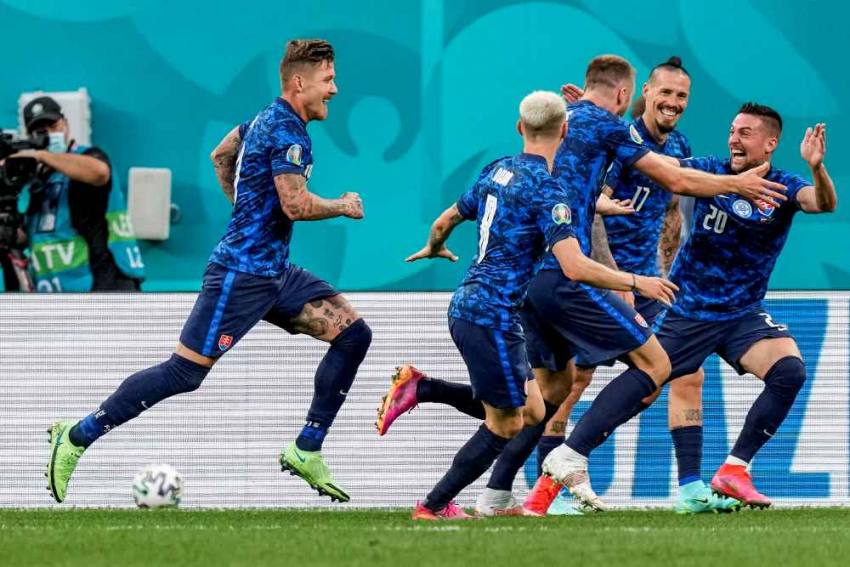 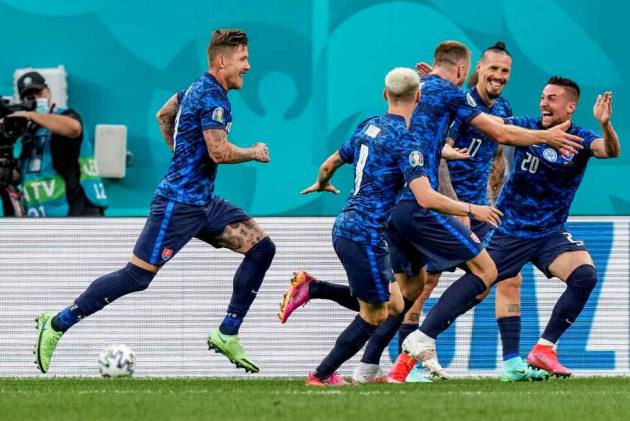 Slovakia defender Milan Skriniar stopped Robert Lewandowski from scoring at one end, and then showed the world player of the year just how to do it on the other. (More Football News)

Underlining his growing importance for a national team that's for so long relied on Marek Hamsik, Skriniar played a crucial role at both ends of the field and scored the winning goal in Slovakia's 2-1 win over Poland on Monday at the European Championship.

Lewandowski endured another tough match in a major soccer tournament, with the uncompromising Skriniar helping to stifle the Bayern Munich striker. Lewandowski didn't have a clear-cut chance and now has only two goals in 12 matches at a World Cup or European Championship.

The center back then demonstrated he also has an eye for goal by stretching to bring down the ball at a corner and swivelling to toe-poke his shot into the net from 15 meters in the 69th minute.

“I'm there to work in defense but if I manage to score it's great,” Skriniar said.

It's becoming quite the year for Skriniar, who played an integral role for Inter Milan in its title-winning campaign in Italy.

Now a match-winner for his country, Skriniar was at the heart of a huddle of jubilant Slovakia players as they jumped up and down in front a small section of their fans after the final whistle at Saint Petersburg Stadium.

Lewandowski was trudging off toward the tunnel about that time, frustration etched across his face, after being isolated for large parts of the match. So composed and so prolific for Bayern, Lewandowski snatched at the three half-chances that came his way in the first half against Slovakia.

“We were really, really happy with how we neutralized a great player like Lewandowsi,” Slovakia Stefan Tarkovic said.

In the second half, Lewandowski was even quieter as Poland was made to pay for Grzegorz Krychowiak's red card seven minutes before Skriniar's goal.

The holding midfielder already had a yellow card when he clumsily bundled into the back of Jakob Hromada near the center circle. He protested in vain when the referee brandished the red card.

It was a bad day for Poland's other best-known player, too.

Wojciech Szczesny became the first goalkeeper to score an own-goal at the tournament, even if he was completely blameless. The Juventus keeper was unfortunate as the ball rebounded off his near post, onto his outstretched arm and back into the net following a shot by Slovakia winger Robert Mak in the 18th minute.

That gave Slovakia the lead before Karol Linetty, justifying his selection ahead of Jakub Moder in central midfield, equalized barely 30 seconds into the second half from Poland's first well-worked move of the match.

From a reverse pass, Maciej Rybus squared the ball to Linetty, who slightly miskicked his shot but saw the ball bounce into the corner past Martin Dubravka.

Poland finished the game strongly despite being a man down, with center back Jan Bednarek flashing a shot narrowly wide of the post with Dubravka standing still.

Poland coach Paulo Sousa rued not only the fact that more players couldn't get up in support of Lewandowski during the match, but also that Skriniar was left alone for the winning goal, despite highlighting the center back as the main danger at set pieces.

“You can't lose the match in this way,” Sousa said.

Poland has, at least on paper, two tougher games to come in Group E against Spain and Sweden.