Scotland have one last opportunity to harness the energy of its fans as the team face Croatia at Hampden Park. Both teams need to win to have any chance of advancing 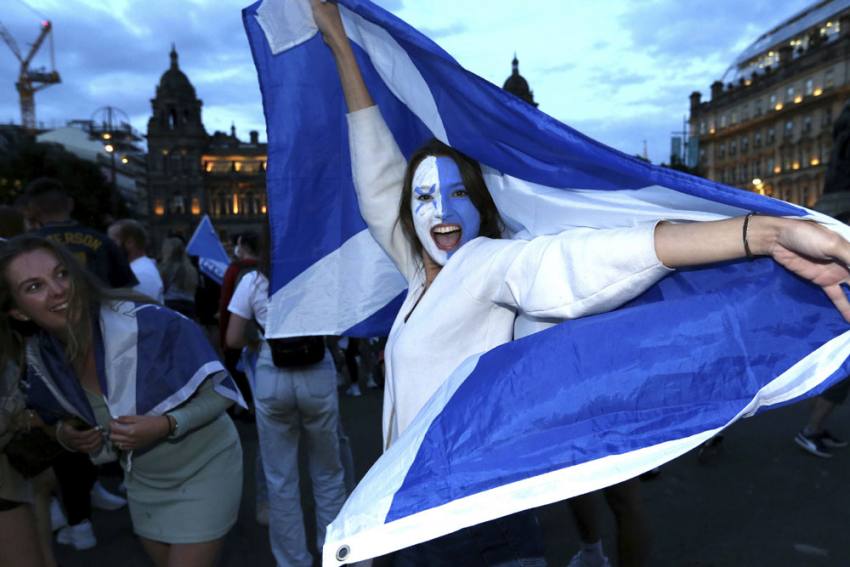 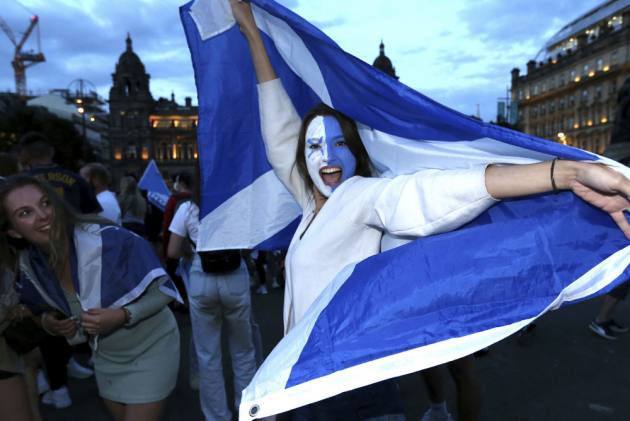 Scotland is looking to give its boisterous fans something to really cheer about at the European Championship.

Euphoria set in among the Tartan Army after Scotland managed to hold England scoreless against expectations. The streets of Glasgow filled that Friday night with flag-waving supporters hanging out of car windows. Others danced in the streets as if the team had won the tournament.

But the result did little to cement Scotland's chances of advancing to the round of 16 at Euro 2020 after the team lost to the Czech Republic 2-0 in its first Group D game.

Now, Scotland has one last opportunity to harness the energy of its fans as the team faces Croatia at Hampden Park on Tuesday. Both teams need to win to have any chance of advancing.

Scotland won't be the home team on paper, but it most certainly will have a home crowd of about 12,000 urging the players on.

"It’s great to see that our performance and the point against England brought a lot of confidence and smiles to the faces of the country," Scotland midfielder Stuart Armstrong said. "To build on that and to give them something to cheer about on Tuesday is our ambition and our focus."

"It's simple for both teams," Armstrong said. "They'll both be wanting to win. And a draw is not good to anyone. It’s pretty straightforward thinking."

What hasn't been straightforward for Scotland is scoring. While the team worked hard in defense against England and even in the loss to the Czech Republic, the finishing hasn't been there.

"It would be a problem if we weren’t creating any chances,” Armstrong said. “I think we have had quite a few chances, a lot of opportunities. So, it’s just those fine margins that will take us to the next level and get us a goal which we do need on Tuesday."

The Scots will have to play without Billy Gilmour, however. The 20-year-old midfielder made his first start for the national team against England and was named player of the match by UEFA but will miss the game against Croatia after testing positive for the coronavirus.

Croatia has had similar scoring problems at the tournament, losing its first match to England 1-0 and then salvaging its game against the Czechs with a 1-1 draw.

But unlike the Tartan Army's unwavering appreciation for Scotland's efforts at its first major men's soccer tournament in nearly a quarter-century, Croatia fans haven't been impressed with their team's display so far.

There had been so much expectation for the team after Croatia's incredible run to the 2018 World Cup final and the fact that captain Luka Modric won the Ballon d’Or that year.

The team, however, hasn't lived up to the hype. Modric, who has lit up previous tournaments as Croatia's main playmaker, was pushed so deep at times in the first two group matches that he was almost level with the back line.

And Croatia's only goal of Euro 2020 came after Czech Republic right back Vladimír Coufal slipped on the turf because he chose the wrong boots for the second half. That allowed winger Ivan Perišic the space to score an equalizer.

Croatia coach Zlatko Dalic has been facing questions about his future with the national team in the buildup to Tuesday's match. Croatian media have been especially critical of Dalic's team selection for the second match.

The players wants to set things right on Tuesday, and Croatia defender Joško Gvardiol was apologetic about the performances so far.

"There are no weak teams at a Euros," Gvardiol said. "We started with this in mind, however, we’re sorry that we didn’t take more from the first two matches. We have to give everything we can to ‘die’ on the pitch, take the three points and hope we can go through."