It was a good day for Chelsea's top-four hopes as they beat Tottenham, while Sheffield United dropped points at home 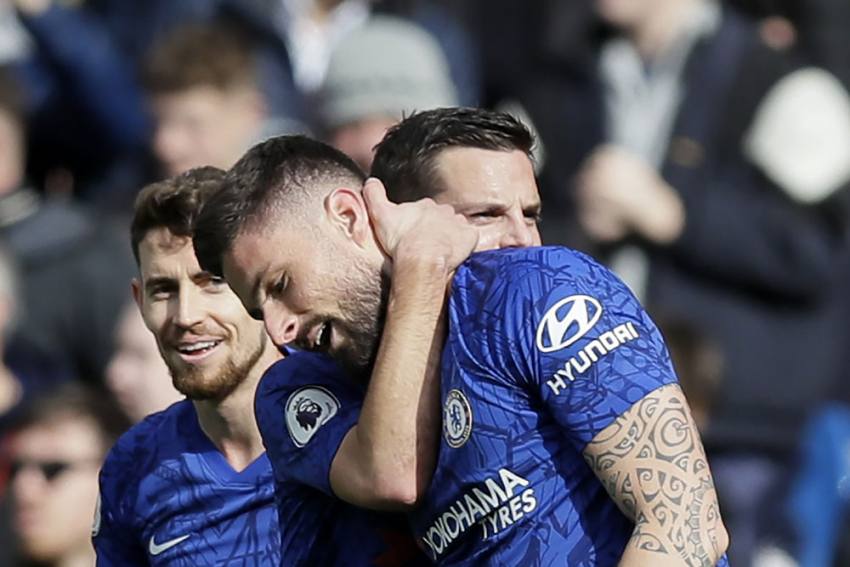 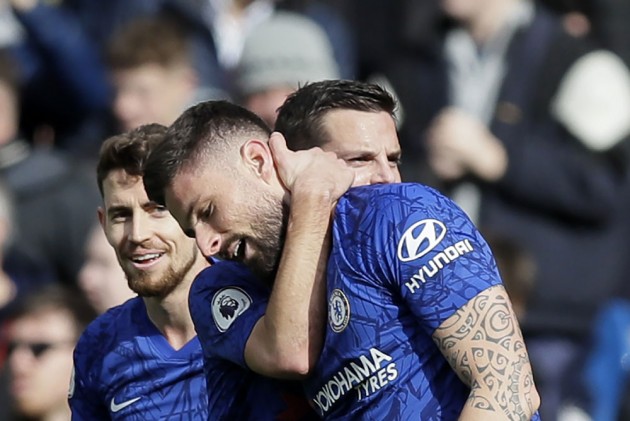 Frank Lampard once again got the better of his former manager Jose Mourinho as Chelsea beat Tottenham 2-1 to boost their top-four hopes. (More Football News)

Ex-Blues midfielder Lampard saw his side complete a Premier League double over Spurs at Stamford Bridge in Saturday's early kick-off.

In the late game, Manchester City put seven points between themselves and third-placed Leicester City with a 1-0 win at the King Power Stadium.

It was a good day elsewhere for fourth-placed Chelsea too, as Sheffield United dropped points at home, drawing 1-1 with Brighton and Hove Albion.

Struggling Aston Villa and Bournemouth both suffered away defeats but Crystal Palace moved above Newcastle United with a 1-0 success at Selhurst Park.

Olivier Giroud and Marcos Alonso rewarded Lampard's faith in them by marking their returns to the starting line-up with goals.

Striker Giroud scored his first club goal since August before Alonso doubled the lead prior to the break, with Chelsea hanging on despite a late own goal from Antonio Rudiger.

In leading his side to home and away Premier League victories over Tottenham in 2019-20, Lampard became the first boss to beat a team managed by Mourinho in both league fixtures in a single season.

Chelsea moved four points clear of both Spurs and Sheffield United, who were held by Brighton at Bramall Lane as Enda Stevens' opener was cancelled out by Neal Maupay.

Sergio Aguero became the latest City player to miss a penalty before Gabriel Jesus scored a late winner in a 1-0 victory at Leicester.

Yet Jesus, brought on for Aguero, slotted past Schmeichel 10 minutes from time to move City seven points clear of third-placed Leicester.

Southampton moved 10 points clear of the bottom three thanks to goals 87 minutes apart from Shane Long and Stuart Armstrong in a 2-0 triumph over Villa.

Roy Hodgson's Palace claimed their first victory of 2020 as Patrick van Aanholt's free-kick on the stroke of half-time proved enough to beat Newcastle, who lost Valentino Lazaro to a late red card.

Bournemouth were unable to put some distance between themselves and the bottom three, however, as they went down 3-0 at Turf Moor.

The Cherries had two goals disallowed in the defeat to Burnley, who moved up to eighth thanks to second-half goals from Matej Vydra, Jay Rodriguez and Dwight McNeil.