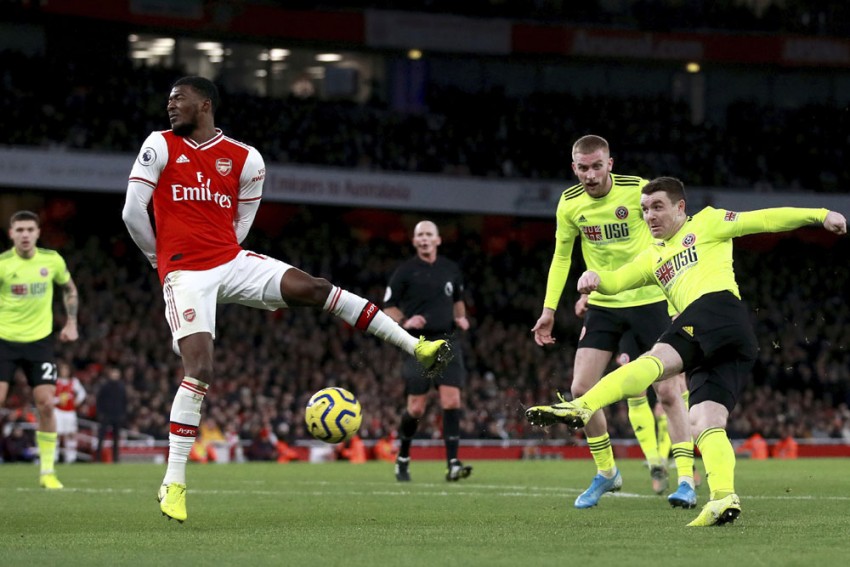 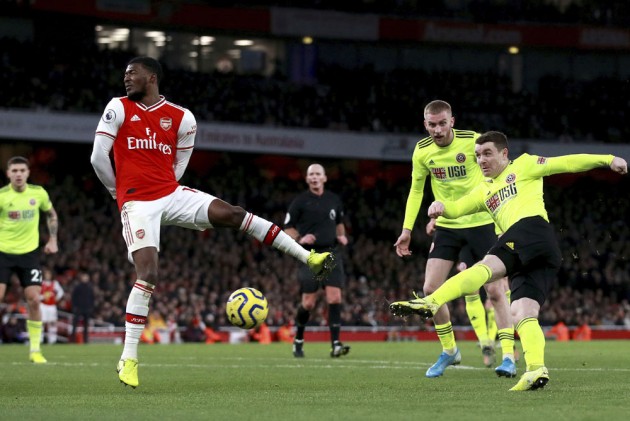 Arsenal missed the chance to go level on points with Tottenham after John Fleck scored a late equaliser for Sheffield United in a 1-1 draw at Emirates Stadium. (More Football News)

The Blades arrived in North London having lost their two previous Premier League away games but restricted Arsenal's chances before hitting the hosts late on.

Gabriel Martinelli scored his ninth goal of the season in all competitions to put the Gunners ahead just before half-time and the Arsenal revival under Mikel Arteta looked set to continue as the game entered the last 10 minutes.

But United refused to roll over and Fleck took advantage of some static defending when he rattled in his fifth league goal of the season to clinch his side a share of the points.

HE GET’S THE BLADES EXCITED!! pic.twitter.com/uj4Be0bM8D

Lys Mousset headed over the crossbar in a good opening spell for the visitors but as the first half wore on the Gunners redressed the balance of play despite their failure to create clear chances.

On the stroke of half-time, Mesut Ozil and Alexandre Lacazette combined to carve the Blades defence open before Bukayo Saka's cross found Martinelli at the far post and he side-footed a volley into the unguarded net with Dean Henderson stranded.

Jack O'Connell appeared to bring down Nicolas Pepe as he sprinted into the box midway through the second half but referee Mike Dean - and VAR - dismissed the Ivory Coast international's penalty claim.

Callum Robinson felled Lucas Torreira as he stormed towards goal moments later to present Lacazette with a free-kick just outside the box but the France international curled his shot over the crossbar.

Arsenal looked set to close out the win but Robinson's cross caught the home defence napping and bounced off Ainsley Maitland-Niles to Fleck, who sent his shot into the ground before it bounced over Bernd Leno and into the top corner of the net.

What does it mean? Sloppiness slows Arteta revival

Arsenal have won just one of their four Premier League games under Arteta, despite a marked improvement in performances, and the draw here felt more like a defeat for the hosts. While the upturn in form of Pepe, Ozil and Lacazette has given supporters cause for hope, defensive frailties continue to hamper the Gunners.

Pierre-Emerick Aubameyang's suspension would be far more concerning for Arteta were it not for the fine form of Lacazette, who led the line admirably while regularly dropping deep to provide midfielders with an outball.

Arsenal were shaky at the back for 10 minutes at either end of this game, and the failure of David Luiz and Shkodran Mustafi to command a defence that played well for 70 minutes in between those periods will frustrate Arteta.

Arsenal make the short trip to Stamford Bridge for a derby against Chelsea on Tuesday, while United host champions Manchester City at Bramall Lane.