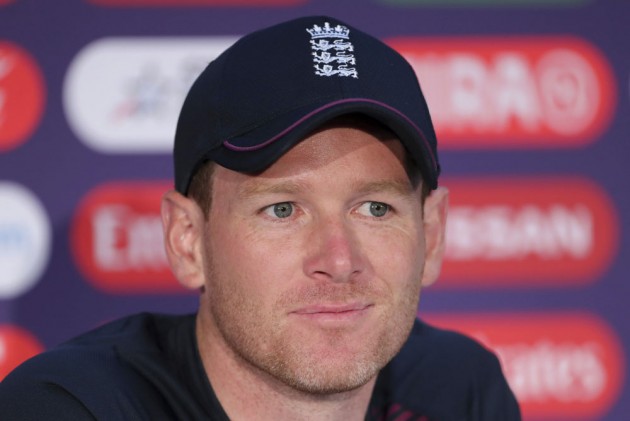 Bobby Moore, Martin Johnson and Heather Knight are part of a select group to have lifted the World Cup in England colours but on the eve of the World Cup final Eoin Morgan has not allowed himself to dream of doing the same.

Following the emphatic victory over Australia in the semi-finals, and as the world’s No.1 team, England enter the game as favourites against the Black Caps.

However, despite that, Morgan is refusing even to consider what it might feel like to lead England to World Cup glory.

He said: “I haven't allowed myself to think about lifting the trophy. Cricket and sport, in particular, is very fickle.

“If you ever get ahead, it always seems to bite you in the backside.

“For us to win it, I think around the country it would be awesome, great for the game.

“It means a huge amount to me and everybody in the changing room (to be in the final).

“It's a culmination of four years of hard work, dedication, a lot of planning and it presents a huge opportunity to go on and try and win a World Cup.

“I think for everybody around the country, the support we've had throughout has been unquestionable and it makes you feel extremely lucky to be part of a team that has that sort of support.”

England have built their success over the last four years on the foundation of aggressive batting and high scoring, in many ways, following the example of New Zealand four years ago.

Morgan has made no secret of his close relationship with former Black Caps skipper Brendon McCullum, with whom he played at Lord’s for Middlesex and who spearheaded that Kiwi style, and the pair caught up on the eve of the final at the Home of Cricket.

Morgan added: “We just caught up outside. Brendon is a very good friend of mine.

“He spoke about us making the final and playing New Zealand because he had to fly home for the semi-final, but he was flying back if New Zealand made it, so he's delighted that they did and he's in good form.

“I think he has had quite a bit to do with (our progress). You could say about world cricket. We are close mates and he's taught me a lot about leadership and I think in 2015 the way that New Zealand played, very similar to the way they are playing at the moment.

“They proved to everybody that you can perform at the highest level and get to the top by being yourselves and not trying to be somebody else, or a different team.”

Morgan confirmed that England would be picking from a full squad in the final, with Jonny Bairstow good to go despite a moment of concern in the semi-final success over Australia.

And the skipper also played down fears about the green nature of the wicket, although he expects a relatively low-scoring final.

He added: “I think in general throughout the tournament the scores have been a lot lower than they have previously (in England) in the last three or four years. Adjusting to that has been harder work than it normally is.

“New Zealand have done it brilliantly and Lord's isn't ever a high-scoring ground so I'd say it will be a bit of a battle.”