Despite making back-to-back ICC Cricket World Cup final appearances, many still considered New Zealand the underdogs ahead of their 2019 title clash against hosts England and the Kiwi skipper Kane Williamson was at his wittiest best when entertaining a hostile British media on the eve of the match 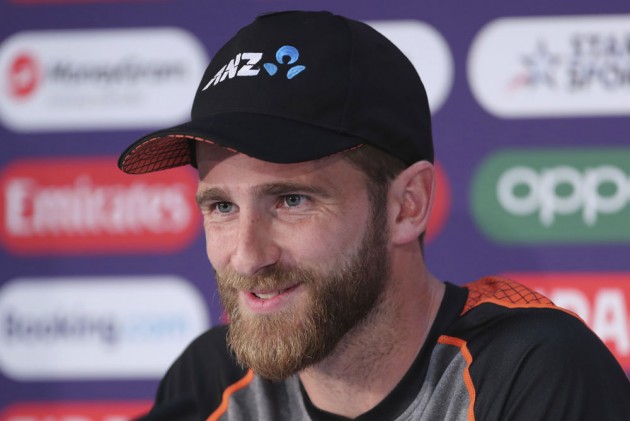 New Zealand captain Kane Williamson was at his wittiest best when he said it is the fight that matters rather than "breed of the dog" as his side geared up to take on favourites England in the summit clash of the ICC Cricket World Cup 2019 at Lord's, London on Sunday.

Williamson's comments was in reference to the hostile British media's constant queries on how it feels to go into the finale as "underdogs".

The members of the 'Fleet Street' asked him same questions in various manners mostly pertaining to dealing with defeats and how he plans to do that.

"A lot of people say that on a number of occasions which is great and I think England rightly so deserve to be favourites," the Black Caps skipper said on the even of the match at the iconic Lord's.

"But whatever dog we are, it's just important that we focus on the cricket that we want to play. We have seen over the years that anybody can beat anybody regardless of the breed of dog," Williamson said with a killer smile.

The follow-up question was bit more offensive as a local reporter asked how would it feel to become party poopers, pre-empting that big party is on the cards.

"Party-poopers? You talking about dogs again, hey? (Smiling) Underdogs? Look, we are really looking forward to the occasion and, like I say, the end point and the result, there's a lot of time between now and that point," said Williamson in a more serious tone.

The next question was a bit weird as a British journalist asked whether he loves winning more or does he hate losing, Williamson curtly replied: "I prefer winning than losing (smiling). That is probably the best way to say it.

"Any experience that you have is an opportunity to learn and sometimes tough experiences, being on the wrong side of results, can sometimes slap you in the face and give you a glaring lesson and if you ignore that, I don't think that is a positive thing."

Williamson said New Zealand would look to put up a fighting performance to give them the be st possible opportunity to come out on top of England.

"Whether having had experience in a final or not is a good thing. But at the same time as we know in this game nothing promises, so it does come down to putting a performance on the board that gives us the best opportunity to win," he said.

He further said for all those kids back in New Zealand, their performance on Sunday will epitomize the fighting qualities and all hard work that has gone in over the years.

"I guess anything's possible (smiling). I guess when you take yourself back to that point in time, it feels like a long way away and you make a few small steps forward and you work pretty hard together as a group and next thing you might find yourself here,” Williamson said.