West Indies were coasting in their first innings before Stuart Broad produced a classic spell, changing the tempo of the second Test 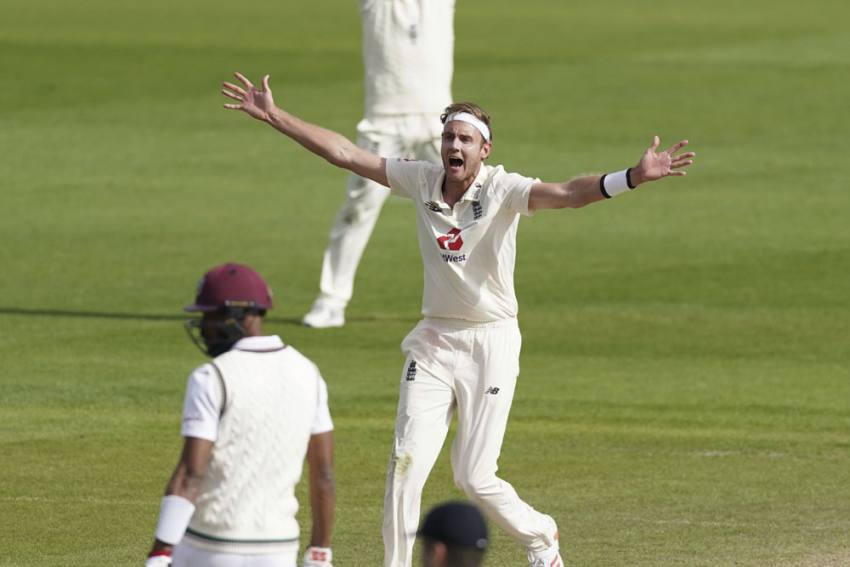 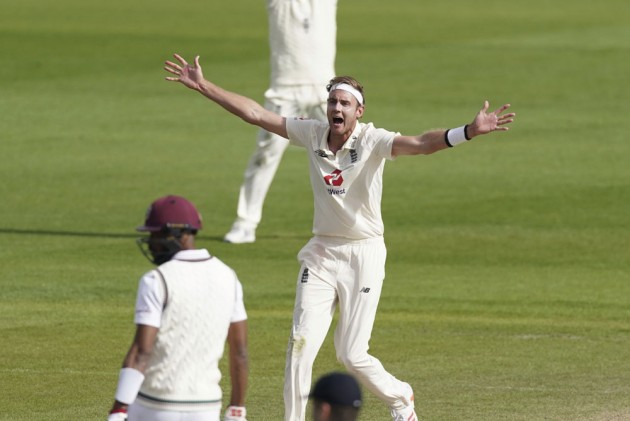 Stuart Broad showed England what they had been missing with a thrilling Old Trafford burst that transformed the second Test against West Indies. (More Cricket News)

A trio of quick wickets from the paceman, who was left out of the first game at Southampton, saw West Indies lose all their momentum, marking the beginning of the tourists' decline from 242-4 to 287 all out.

Broad made no effort to disguise the fact he was unhappy to miss the opener in the three-match series, which West Indies went on to win by four wickets.

The 34-year-old was not the only England bowler to give the Windies plenty to think about on Sunday, with Sam Curran (2-70) lively and Chris Woakes (3-42) particularly effective when mopping up the tail.

But it was a vintage Broad onslaught, the sort that batting line-ups across the world have frequently found unplayable, that turned this match on its head, from one that was meandering towards a draw to one that could deliver a special fifth day.

Armed with a first-innings lead of 182, England even sent out Jos Buttler with first-innings centurion Ben Stokes to open their batting second time around, hoping to club some quick runs before the close.

That plan backfired when Buttler was bowled for a third-ball duck by Kemar Roach, who then also removed Zak Crawley, but England were nevertheless back in with a sniff of a series-levelling victory, 37-2 overnight, leading by 219.

Dom Bess had made a morning breakthrough when his off-spin accounted for Alzarri Joseph, who prodded to short-leg fielder Ollie Pope.

An unusual moment just before lunch saw Dom Sibley polish the ball with saliva, only to realise that was not allowed under coronavirus restrictions, leading the umpires to perform a clean-up job with disinfectant wipes.

Curran had Shai Hope caught behind, before Stokes, bowling around the wicket, kept up a persistent, nagging line that brought a big breakthrough when he had opener Kraigg Brathwaite caught and bowled for 75.

The Broad show followed, as he pinned Shamarh Brooks lbw for 68, then bowled Jermaine Blackwood and trapped Shane Dowrich leg before, both for ducks. Woakes accounted for Roston Chase (51) as he polished off the innings.

England might have decided Broad was not the man for the task in Southampton, at one of Test cricket's newer grounds, but he rose to the occasion at one of the sport's great amphitheatres in Manchester. It may not have been as imperious a performance as when he took 6-25 against India at Old Trafford back in 2014, but it was a timely reminder of his match-turning qualities, just in case, at the age of 34, they were becoming at all forgotten.

Set up for Stokes

Twelve months ago, Stokes had just played the leading role in England's World Cup triumph and was weeks away from being a Headingley hero. He already has a century from this match, but Monday could be another of those special summer days for the Durham all-rounder, with bat and ball. He and Joe Root will return in the morning, look to build that lead, and give themselves as much of the day as possible to take 10 West Indies wickets, with the possibility of two new balls.

Patient batting at the top of the order from Brathwaite looked like being rewarded with a century on Sunday, only for Stokes to strike. England will know he could frustrate them on the final day, when it promises to be a race against the clock.