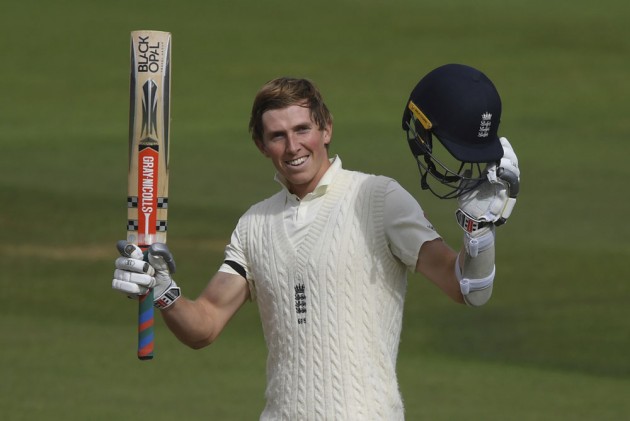 Zak Crawley was on the verge of posting his first test century as England reached tea on 184/4 on the opening day of the third and final Test against Pakistan at the Rose Bowl on Friday. (More Cricket News)

Crawley was on a career-best Test score of 97 and sharing an unbeaten 57-run partnership with Jos Buttler (24) after England lost captain Joe Root (29) and Ollie Pope (3) after lunch.

Root edged a beautiful delivery from paceman Naseem Shah that seamed away, with wicketkeeper Mohammad Rizwan taking a flying catch to his right.

Pope lasted 15 balls before he was bowled by Yasir Shah trying to play the legspinner off the back foot, leaving England 127-4.

Playing his eighth Test match, Crawley's previous best score was 76 against the West Indies at the same ground in Southampton last month. He has hit 11 fours in a 165-ball knock.

Yasir has 2-60 off 19 overs after coming into the attack early.

England lead 1-0 and is looking to clinch a first series victory over Pakistan in 10 years, as well as a second of the summer after beating the West Indies 2-1.

Fast bowler Jofra Archer was recalled by England in place of Sam Curran in the only change from the drawn second Test on the same ground in Southampton.