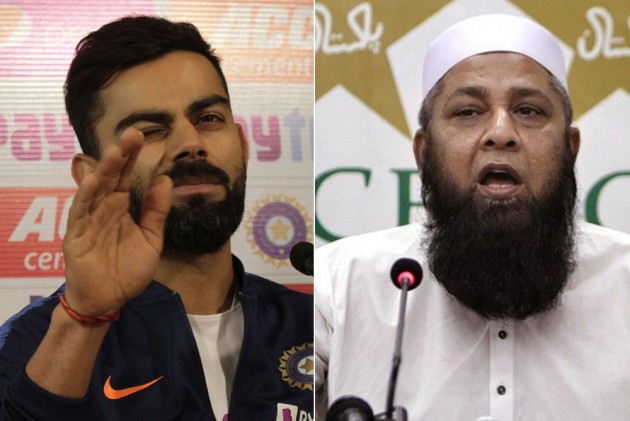 Former Pakistan captain Inzamam-ul-Haq believes that India should have opted to bowl after winning the toss against England in the third Test at Headingly, Leeds.

In his YouTube channel, 'The Match Winner', Inzamam said that England are "a team that you had defeated some days before. In the fourth innings, on a dry pitch, you made them absolutely flat. You destroyed their batting. If you have won the toss here, put them into bat
again."

India captain Virat Kohli won the toss and decided to bat first. The visitors were folded for 78 in just 40.4 overs. At the close of play on Day 2, England have taken a massive lead of 345 after reaching 42 3/8 in 129 overs. So, the match is as good as over for India.

“With the advantage of two hours (of moisture), I won’t say that England would have been all out for 78, but they wouldn’t have scored big," he added.

"As a cricketer, whatever the nature of the pitch is, whether there is swing or spin, if you have played 25-30 balls, your eyes, your eye coordination, your hand coordination, all these get accustomed to the pitch," he said.

Rohit top-scored for India with a 105-ball 19, while Kohli managed just seven from 17. Ajinkya Rahane was the only other batsman to reach double figures, 18 off 54.

India lead the five-match series 1-0 after the Lord's win. The first match at Trent Bridge ended in a draw.