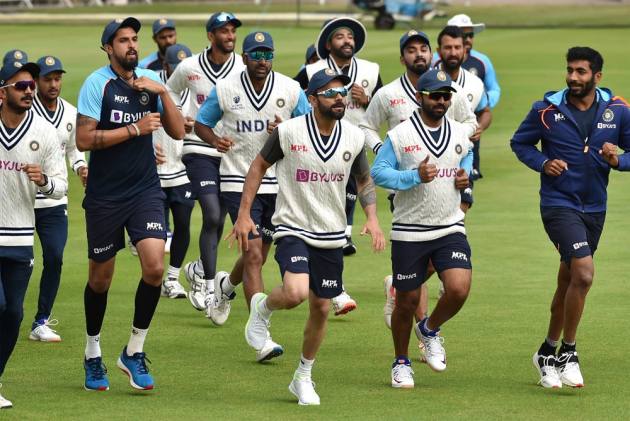 According to reports, all Indian cricketers have tested negative for coronavirus, and as of now, both the cricket boards -- ECB and BCCI -- have agreed to go ahead with the match.

"All the players have tested negative and that's the good news. But let's keep our fingers crossed that the match would go ahead," PTI reported a senior BCCI source as saying.

BBC Test Match Special tweeted: "The ECB (England and Wales Cricket Board) say that all the India players PCR COVID Tests have come back negative and the Old Trafford Test goes ahead as planned."

Parmar's positive result came after a fresh round of testing on Wednesday evening. But the RT-PCR test reports of the players were awaiting when the team canceled the practice session on Thursday. The players have been told to remain in their respective rooms as RT-PCR testing is being carried out.

Meanwhile, it was reported that England and Wales Cricket Board (ECB) had asked the Indian cricket board (BCCI) to forfeit the match if it's to be canceled. But the BCCI was pushing for the match to go ahead if the players test negative.

In fact, captain Virat Kohli and opener Rohit Sharma have conveyed that the Indian team would not forfeit the Test match – even if it meant playing the game under the COVID-19 cloud.

Parmar testing positive has left the team without a physio with the main physio Nitin Patel already in isolation after head coach Ravi Shastri contracted the virus during the Oval Test. And BCCI has reportedly asked England and Wales Cricket Board to spare a physio.

Following Parmar's report, BCCI president Sourav Ganguly said that he's unsure whether the match will go ahead or not.

"We don't know if match will happen at the moment. Hopefully, we can get some game," said Ganguly had said.

All the players and the support staff are fully vaccinated but both the teams are not operating in strict bio-bubbles with life in the UK almost back to normal.