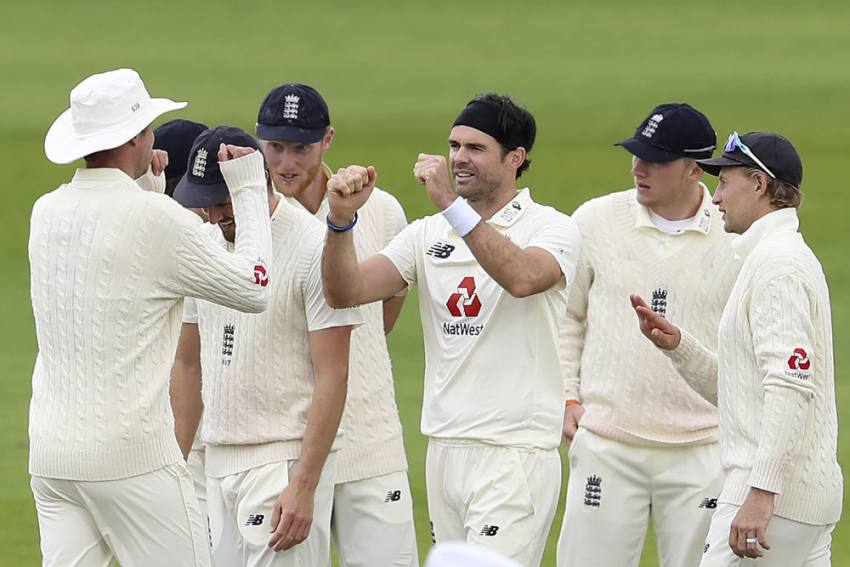 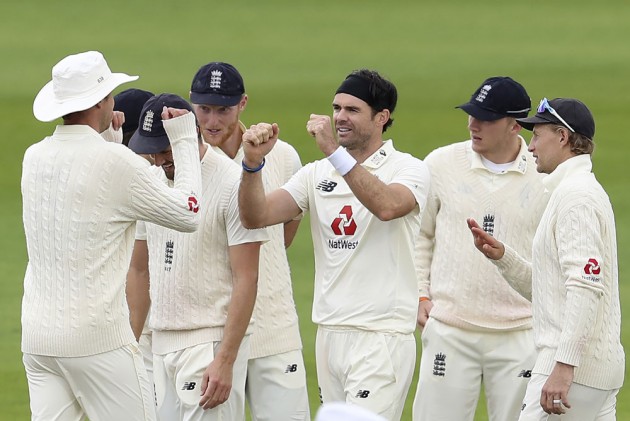 James Anderson on Saturday became England's leading wicket-taker against the West Indies during the second day's play of the third and final Test at Old Trafford, Manchester. (More Cricket News)

Anderson, who's also England's all-time highest wicket-taker, claimed the wicket of Shai Hope, caught behind, in the 24th over, to match Fred Trueman's 86 scalps. Then, just after Tea, Anderson dismissed Shamarh Brooks, also caught behind, to achieve the feat.

The 37-year-old right-arm pacer is only behind legends Glenn McGrath (110) of Australia and Kapil Dev of India (89) to take more wickets against the Windies.

While his bowling partner, Stuart Broad has the records against Ireland (7) and New Zealand (66), legendary Ian Botham still holds the record against Australia (148).

Matthew Hoggard (23) and Darren Gough (16) lead the lists against Bangladesh and Zimbabwe respectively.

Anderson now has 589 Test wickets in 153 matches, with three ten-wicket hauls in a match. He also has 28 five-wicket hauls.

Put into bat, England scored 369 in their first innings.