When Manchester United last won the Premier League in 2013, the women's team didn't exist. Now they are leading the legue 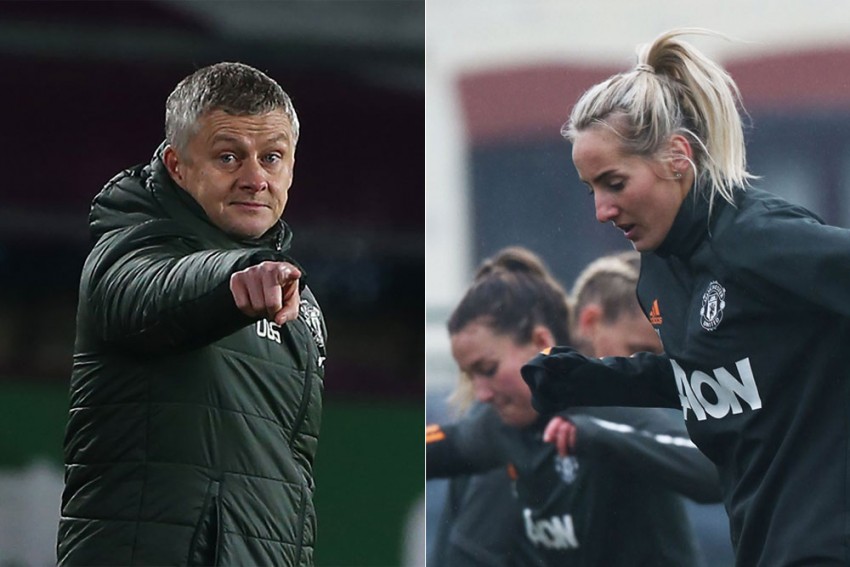 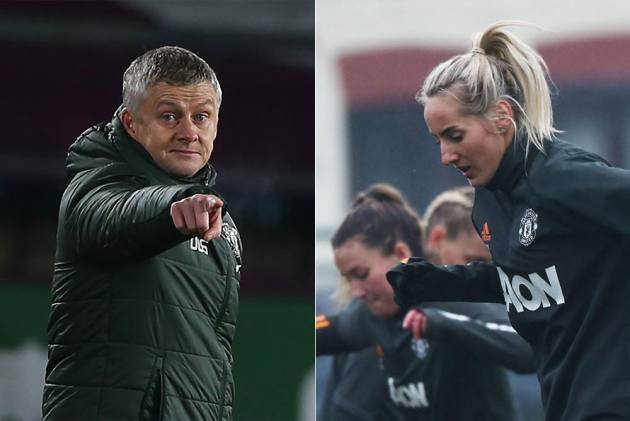 Heading to the second-placed defending champions in first place on Sunday, Manchester United is on a high. Doubly so. (More Football News)

It's not just Ole Gunnar Solskjaer's men leading the English Premier League by three points going into Sunday's trip to Liverpool. Casey Stoney's side goes to Chelsea on top of the Women's Super League by the same margin.

It's a transformative moment for one of the world's most valuable sports entities.

When United last won the Premier League in 2013, the women's team didn't exist. Even amid all of the challenges to revive the glory years under Alex Ferguson, the owning Glazer family finally invested to launch a women's team in 2018 and it's making rapid progress.

After gaining instant promotion to the top division, Stoney's women are mounting a title challenge in only their third season.

"It's more important about performing week in, week out so that we can sustain something, so we're in a good position come May."

The team trophies are yet to be won this season, but the personal trophies are already being collected. Player of the month awards in both the men's and women's leagues were handed to Red Devils on Friday.

It was the fourth time Bruno Fernandes has won the accolade since signing for United a year ago, with three goals and four assists in December alone from the Portugal midfielder.

"I know people talk mostly about the goal involvements, which is very important stuff, but he is a linkup in a lot of other situations as well," Liverpool manager Jürgen Klopp said ahead of Fernandes taking on the champions.

"He seems to be a leader as well. So, a good signing unfortunately — for United."

Winger Leah Galton went one better than Fernandes in December by scoring four league goals to propel United to the summit.

Galton has credited the arrival of American World Cup winners Tobin Heath — November's best player in the WSL — and Christen Press transforming the mindset of the team and giving them the confidence to attack and take more scoring chances.

Galton had turned her back on playing for a time after making just one appearance for Bayern Munich in February 2018 but she was asked to join the launch of Stoney's team at United later that year.

"I went in as one person and came out a different person," Galton recalled this week.

"Casey said she thought she knew my potential and she wanted to invest in that, and that made me really excited to work with her because no coach had said to me before that they were excited to see what I could grow into. She's stuck to her word."

Stoney was also honored on Friday with a second successive manager of the month award after three straight wins in December extended United's unbeaten run to 14 league games.

"My players probably don't see enough of soft sides,” Stoney said on a video call between sips of the Bovril beef drink. “They'll tell you that I'm quite tough.” The former England international's first managerial experience came at Sunday's opponent, Chelsea, while also playing for the London club in 2009 — before the launch of the WSL and fully professional women's football in England.

Now Stoney is trying to outwit the WSL's most successful coach, Emma Hayes, who led Chelsea to a third title last season. The teams drew 1-1 to open this campaign in September.

"We managed to get a point when we were very thin on the ground," Stoney said. "We've now got more players to pick from.” Stoney regularly swaps ideas with Solskjaer, picking each other's brains on creating a winning culture and mindset around their teams.

Solskjaer stepped into the job on a temporary assignment that became permanent but the former title-winning player has seen his abilities constantly doubted.

Even after a 6-1 humiliation to Tottenham in October and a premature Champions League exit last month, United's decision to stick with a manager whose composed demeanor has replaced the bluster under Mourinho might finally be paying off.

An 11-game unbeaten run has propelled United into first place for the first time this late in a season — after 17 of 38 games — since Ferguson produced United's record-extending 20th English title in 2013.

"Our position at the moment is a product of all the hard work," Solskjaer said.

"We probably deserve to be where we are at at the moment but I don't think many would have thought another word for it than an upset if you go six weeks back (and asked) if we beat Liverpool at Anfield."

No team has won in the league at Anfield since 2017 but United is also trying to extend Liverpool's winless streak to four games for the first time since that year.