Maurizio Sarri said having Paulo Dybala and Cristiano Ronaldo in the line-up makes life difficult for Juventus, but he enjoys the challenge 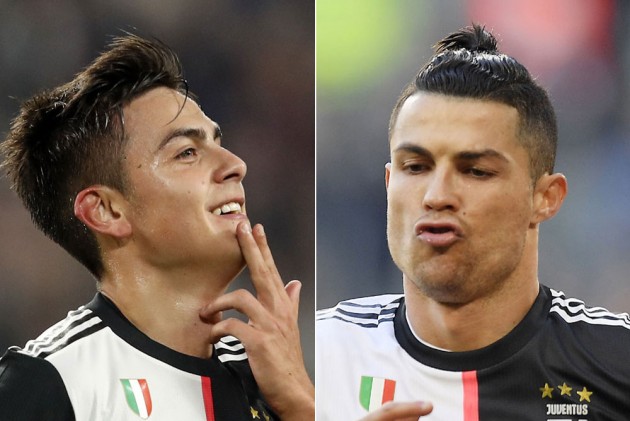 Getting Cristiano Ronaldo and Paulo Dybala to "coexist" in the same team is difficult, Juventus boss Maurizio Sarri has acknowledged. (More Football News)

Following the €112million signing of five-time Ballon d'Or winner Ronaldo, Dybala saw a significant dip in his form for the Bianconeri in 2018-19.

He went from scoring 26 goals in all competitions in 2017-18 to just 10 the following campaign and was heavily linked with a move to Manchester United in the close season.

The Argentina international is yet to rediscover his best form under Sarri, while Ronaldo has scored 21 Serie A goals for the second successive season.

Sarri conceded it is tough to make Juve function efficiently when the duo are in the line-up, though he relishes the challenge.

"Dybala is a phenomenal player. The point is to make him and Cristiano coexist on the field, because it is not easy to make them play together," Sarri told Sky Sport Italia.

"But when two players with this type of quality are available, the rest of the squad has to adapt, both when attacking and defending.

"There is the risk that the opposition penalty area can seem a little empty, but all this is a very pleasant problem to have."

Mister #Sarri talks about football's restart, the condition of the players and much more.

Miralem Pjanic has also struggled for form, though Barcelona are reported to be interested in his signature.

Sarri feels Pjanic suffers from a lack of self-belief but backed the Bosnia-Herzegovina midfielder to find his feet again.

"I spoke a great deal to Miralem, he is an extraordinary player and cannot afford to have four or five games below his standards, which is what happened lately," said Sarri.

"He agreed with me, and struggled at first to find the strength to react, but he must convince himself that he's a great player.

"He can get one match wrong but has to lift his head up and react. It's been a positive mental journey for him and he can get back on his feet."

With Italian football soon returning in the wake of the coronavirus pandemic, Juve will play their first match in over three months in a Coppa Italia semi-final second leg against Milan on Friday.

Sarri's men sit one point clear of Lazio at the top of Serie A with 12 games remaining and have a 1-0 deficit to overturn in their Champions League last-16 tie against Lyon.