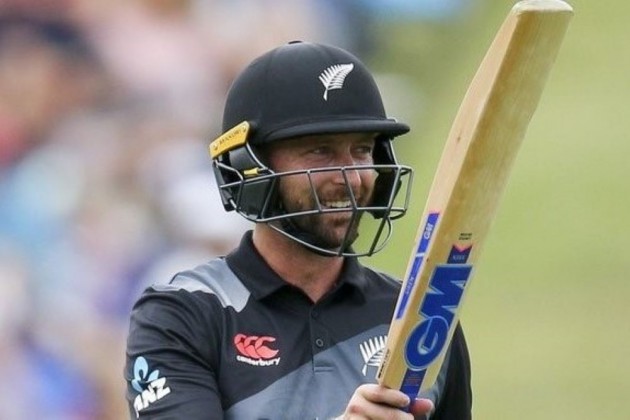 Conway took his runs from only 52 balls and combined in a 105-run third wicket partnership with Will Young who made a half century from 28 balls in his T20 international debut.

The pair lifted New Zealand to 210-3 as it batted first after winning the toss. Leg-spinner Ish Sodhi then took four wickets in the space of eight balls — three bowled — as Bangladesh managed only 144-8 in reply.

Conway’s innings — his fourth T20 international half century in only his 12th match — followed his 126 in the third one-day international against Bangladesh on Friday which helped New Zealand clinch a 3-0 series win.

The South Africa-born batsman also made an unbeaten 99 in a T20 international against Australia in February and 72 in the second ODI against Bangladesh.

“I’m pretty happy with the way things went today,” Conway said. “The boys got off to a great start and it’s good to get the series off to a 1-0 start.

“With T20 you can be real positive, back your skills and back your plan. It came off for me again today and I’m happy to put on some good partnerships with (Will) Young — it was pretty awesome batting alongside him on his debut — and Glenn Phillips at the end there.”

Sunday’s match featured the anticipated debut of the 21-year-old Finn Allen who has been a run-scoring machine in domestic cricket this summer, making 512 runs in 11 innings in the New Zealand Super Smash at an average of 56.88 and a strike-rate of 198.

His first innings for New Zealand lasted only one ball. He was bowled first ball and in the first over of the day by left-arm spinner Nasum Ahmed, who was also on debut, giving that player his first international wicket.

Conway put New Zealand back on course with a 52-run partnership with Martin Guptill who made 35 from 27 balls with three fours and two sixes.

He then began his most-profitable partnership with Young who raced to his 50 from 28 balls with two fours and four sixes. Conway posted his half century from 37 balls with six fours and a six and the pair steadily lifted New Zealand’s run-rate.

It was 158-3 when Young was dismissed in the 17th over for 53, playing the slog sweep and offering a catch to Afif Hossain from the bowling of Mahedi Hasan.

Conway put on a further 52 in an unbroken fourth-wicket partnership with Glenn Phillips who finished 24 not out for 10 balls.

New Zealand’s batting demonstrated its growing depth as it played without injured captain Kane Williamson as well as Trent Boult, Kyle Jamieson, Jimmy Neesham, Mitchell Santner and Tim Seifert, who were rested before departing for the IPL.

Stand-in captain Tim Southee made the first breakthrough for New Zealand, dismissing Litton Das — caught by Sodhi — in the third over.

Speedster Lockie Ferguson, returning to the New Zealand lineup after recovering from a back injury, trapped Mohammad Naim Sheikh lbw for 27 when Bangladesh was 39-2. With Adam Milne now also available, New Zealand has the luxury of being able to call on two bowlers who operate at around 150kmh.

It was the more sedate Sodhi who dismantled the Bangladesh innings. He first took a sharp chance from Soumya Sarkar (5) from his own bowling in the sixth over, then bowled Mohammad Mithun (4), Mahmdullah (11) and Mahedi Hasan (0), all in the space of eight balls. Bangladesh captain Mahmdullah and Mahedi fell to consecutive deliveries.

The tourists slumped to 59-6 before Afif Hossain (45) and Mohammad Shaifuddin added 63 for the seventh wicket. Saifuddin finished 34 not out. Sodhi took 4-28.