Rafael Nadal helped hosts Spain see off Argentina in a deciding doubles contest, setting up a semi-final against Great Britain. 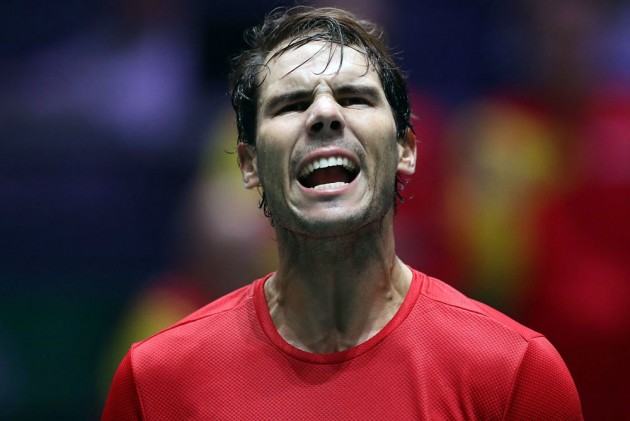 Spain will face Great Britain in the Davis Cup semi-finals but Serbia's hopes of glory in the tournament came to a tearful end in Madrid on Friday.

With world number one Rafael Nadal in sparkling form, host nation Spain fought back after losing the opening singles rubber to defeat 2016 champions Argentina in a late finish in the capital.

Their reward is a last-four clash against a Britain squad that progressed past Germany without the need to play doubles, Kyle Edmund and Dan Evans recording respective wins over Philipp Kohlschreiber and Jan-Lennard Struff.

Edmund prevailed in straight sets to reward the decision taken by captain Leon Smith to retain the same line-up that secured qualification for the knockout stage by beating Kazakhstan.

That meant Andy Murray once again sat out proceedings, the Scot instead taking up a supportive role from close to the court as he cheered his team-mates on.

Great Britain are into the semi-finals!!!

They will have to find a way to cope with Nadal on Saturday, though, after the Spaniard dazzled on home soil, crushing Diego Schwartzman in just over an hour before combining with Marcel Granollers in the decisive doubles.

Nadal and Granollers got past Maximo Gonzalez and Leonardo Mayer 6-4 4-6 6-3.

In the other half of the draw, Russia came out on top in a tight, tense doubles contest to knock out Serbia.

However, while a jubilant Russia will look forward to facing Canada next, there was nothing but disappointment for a Serbia squad desperate for success to reward the retiring Janko Tipsarevic's service in the competition.

Troicki offered an apology in an emotional news conference, telling the media: "We had chances to finish it. We didn't do it. I messed up in the crucial moments."