Crystal Palace 0-1 Burnley: Clarets Into Top Half Thanks To Ben Mee Winner

A second-half header from Ben Mee earned Burnley back-to-back wins and saw them jump above Crystal Palace in the table. 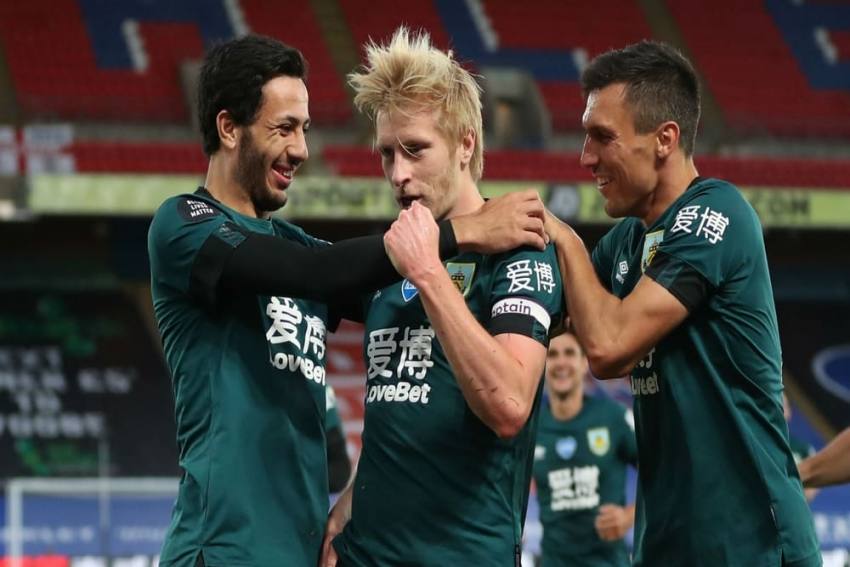 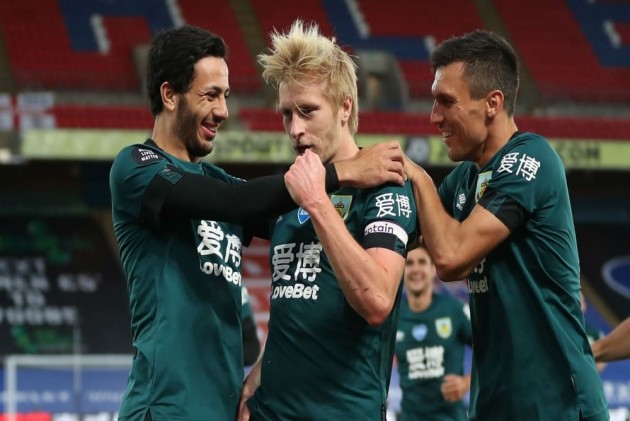 Burnley captain Ben Mee headed in a 62nd-minute winner to earn his side a 1-0 victory at Crystal Palace that moved the Clarets up to eighth in the Premier League.

Palace were perhaps fortunate not to be reduced to 10 men early in the second half when Jordan Ayew survived a VAR review for a possible red card after catching Josh Brownhill in the face with his forearm.

Sean Dyche's side went ahead through Mee, whose diving header from Ashley Westwood's free-kick really should have been kept out by Vicente Guaita but was only pushed onto the post before going in.

Luka Milivojevic headed over a good chance for the Eagles, who saw Burnley move above them having collected a 13th clean sheet of the season in the process.