West Indies ended their 2019 Cricket World Cup campaign with a win over Afghanistan. Carlos Brathwaite says West Indies need to rebuild like England did after the 2015 World Cup. 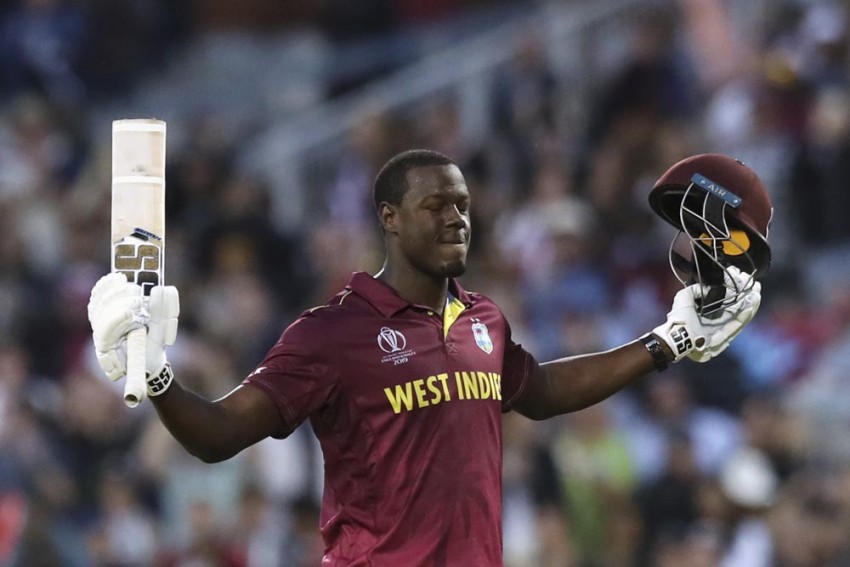 The all-rounder, who took 4/63 at Headingley, believes the way England rebounded from missing the quarter-finals in 2015, to make the semis this time around, offers the perfect template for the West Indies.
AP
Outlook Web Bureau 2019-07-05T11:06:30+05:30 Cricket World Cup: West Indies Need To Follow England Template To Bounce Back, Says Carlos Brathwaite 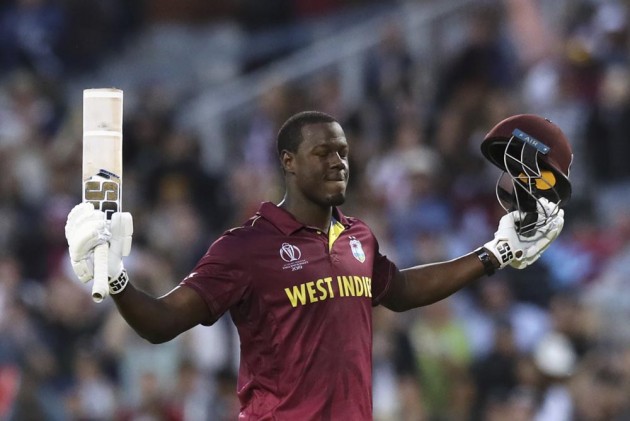 It was a bittersweet ending to the ICC Cricket World Cup 2019 for the West Indies but Carlos Brathwaite has urged the team to follow England’s example over the next four years. The side from the Caribbean rounded off their campaign with a 23-run victory over Afghanistan, bookending the tournament with a second success either side of a string of frustrating losses.

Those included a five-run defeat to New Zealand when Brathwaite’s brilliant century was not quite enough, as well as another close-run loss to Australia earlier in the competition.

And the all-rounder, who took 4/63 at Headingley, believes the way England rebounded from missing the quarter-finals in 2015, to make the semis this time around, offers the perfect template for the West Indies.

Carlos Brathwaite said: “There is disappointment in the changing rooms at not making the final four but we’re thankful for the good performances.

“Sheldon Cottrell had a fantastic tournament and at times like these it’s easy to let those things go missing. But as a team we came together, we highlighted the guys that we thought had good performances and the guys that didn’t will take the lessons and come back from it so we can start to win bilateral series leading up to the next World Cup.

“As a team, we need to regroup. We have some time off, some aching bodies will get time to recuperate and then it’s about finding ways and combinations to compete and win series.

“Hopefully we can take that winning mentality into the next World Cup. If you look at 2015 and what England did after the World Cup, they have built straight up to the 2019 World Cup and it’s paying dividends.

“I don’t know off the field what the plans are for the 2023 World Cup but I think it’s something we need to look at and build towards that.”

This West Indies team is a relatively young side, with the exception of Chris Gayle, who brought down the curtain on his World Cup career at the age of 39. Gayle made just seven with the bat, but he made sure he played an integral role in the victory, taking a catch off Brathwaite and finishing with figures of 1/28 from six overs.

And for Brathwaite, it has only started to sink in recently just how big an influence Gayle has been on West Indian cricket, and beyond.

He added: “I don’t think I really understood the magnitude of what Chris Gayle had done for West Indies cricket when I came into the team.

“It’s one of my regrets over the course of my short West Indies career but being with him a lot more and sharing a dressing room with him in franchise cricket as well, you get to see the aura he has on and off the field.

“I now really understand what Chris Gayle means, not only for West Indies cricket but for world cricket as well.

“Whenever he decides to call it quits, world cricket will definitely miss him so from me to Chris, congrats on a fantastic career and congrats on pushing the game of cricket in the way you have.”