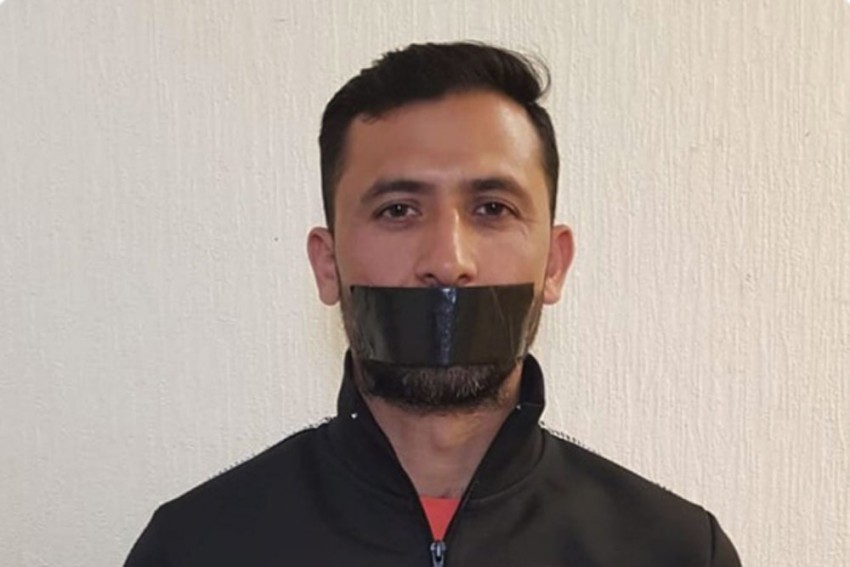 Truth is bitter! This is what Pakistan fast bowler Junaid Khan tried to say with his mouth sealed shut with black tape after getting the Cricket World Cup 2019 snub on Monday.

Hours after Pakistan announced their final 15-member squad for the mega event in England and Wales, the 29-year-old last-arm bowler shared a Twitter post with a not so subtle message along with a photograph himself.

He was one of the three cricketers to get the boot when Chief Selector Inzamamul Haq announced the final squad. Other two are Abid Ali and Faheem Ashraf.

OK, Amir is a good bowler.
When Original World Cup Squad was announced I was 100% Sure that they will drop #JunaidKhan and Amir will play #WorldCup2019 pic.twitter.com/0x16Bl2DRA

Indian batsman Ambati Rayudu also shared a cryptic message, claiming he has "ordered a new set of 3d glasses" to watch the World Cup. He was obviously referring to the Indian selectors' remark that Vijay Shankar, who was picked in the team instead of Rayudu, is a 3-dimensional player who can bowl, bat and field.

And some fans didn't miss the opportunity to compare the two protests.

If the ICC are still short of ideas for the World Cup opening ceremony, I propose Junaid Khan with tape on his mouth bowling to Ambati Rayudu with his 3D glasses on. #CWC19 pic.twitter.com/BmqIuDQxnu

Pakistan will start their Cricket World Cup 2019 campaign with a fixture against the West Indies on May 31.