Sevilla, Villarreal, Athletic Bilbao and Barcelona were all kept apart in the draw for the Copa del Rey last eight 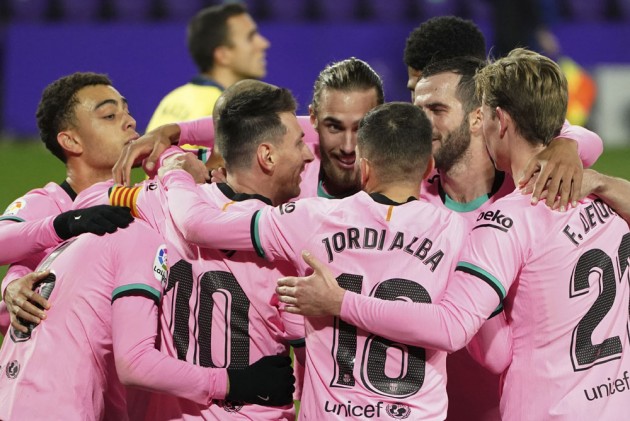 Barcelona have been drawn away to Granada in the Copa del Rey quarter-finals. (More Football News)

Ronald Koeman's team fought back to defeat second-tier Rayo Vallecano 2-1 on Wednesday, earning their place in the last eight after a major scare.

Barca will now have to face a LaLiga team in Granada, a side they defeated 4-0 at Los Carmenes earlier this month.

Sevilla, who have not won the competition since 2010, will play away to Almeria, the last team from outside the top flight left in the tournament.

Real Betis will take on Athletic Bilbao, who are yet to play Real Sociedad in the final of last season's Copa, while the other match will see Levante host Villarreal.

Ties will be played across next week from Tuesday to Thursday, with Barca favourites to win it after Atletico Madrid and Real Madrid were eliminated against lower-league opposition.