Mason Mount scored a stunner and Olivier Giroud was on target as Chelsea sealed their place in the top four when beating Wolves 2-0. 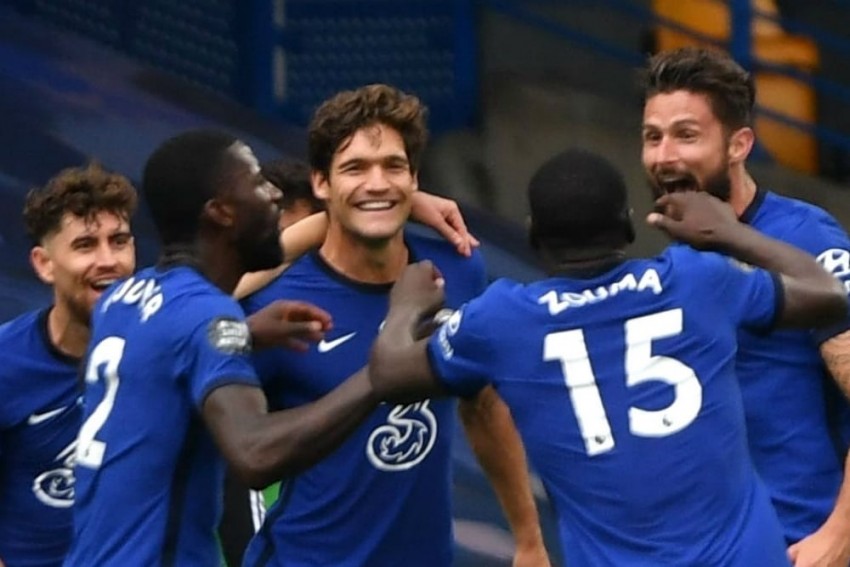 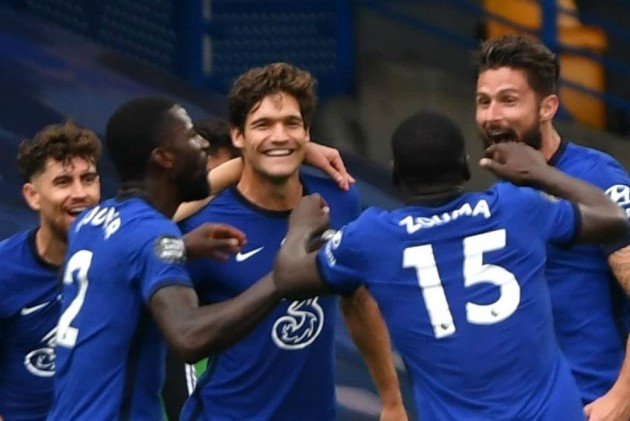 Chelsea secured their place in the Champions League in convincing fashion as Mason Mount and Olivier Giroud sealed a 2-0 win over Wolves on the final day of the Premier League season.

With top-four rivals Manchester United and Leicester City facing each other on Sunday, Frank Lampard's side needed no more than a point at Stamford Bridge to guarantee their spot in next season's Champions League.

And despite a sluggish start, Chelsea turned on the style in first-half stoppage time, with Mount's stunning free-kick opening the scoring before Giroud doubled their tally moments later.

Europa League hopefuls Wolves toiled in the second half, but the visitors offered little threat as their 41-year wait for a top-flight win at Stamford Bridge rolled on.

After 45 minutes largely devoid of action, Chelsea sparked into life in stoppage time – Mount curling a sensational free-kick into the left corner to break the deadlock.

Chelsea had their second three minutes later, Christian Pulisic and Mount combining to play in Giroud, who rounded Rui Patricio and shrugged off Conor Coady before hooking into an empty net.

33 – At the age of 33, Olivier Giroud has become the oldest player to score in five consecutive Premier League starts, taking over from Jamie Vardy (32 years old). Zest. pic.twitter.com/2MZyWY4DTU

Nuno Espirito Santo turned to substitute Adama Traore at the start of the second half, yet Chelsea remained in comfortable control.

Diogo Jota brought a save out of Willy Cabellero just prior to the hour, but Chelsea were hardly troubled as they held firm to finish in fourth place – with United's victory over Leicester meaning Ole Gunnar Solskjaer's side took third.

What does it mean? Wolves now want a Chelsea favour

With Tottenham drawing at Crystal Palace, it is Jose Mourinho's side who take sixth place. It means Wolves, in seventh, either need to win the Europa League this season to qualify for the Champions League next term, or they must rely on a favour from Chelsea in the FA Cup final.

Should the Blues beat Arsenal at Wembley, Wolves will qualify for the Europa League.

It has been an impressive campaign for Mount and the England international capped it off with an exquisite strike, before turning provider for Giroud's eighth league goal of the season.

Kepa's Chelsea future up in the air

Former Athletic Bilbao goalkeeper Kepa has endured a difficult season at Stamford Bridge, and Lampard went with Willy Caballero for Sunday's clash, perhaps indicating Chelsea will be looking for a new number one in the close season.

Chelsea take on Arsenal in the FA Cup final next week, while Wolves face Olympiacos in the Europa League on August 6 – the first leg of that tie finished 1-1 back in March.