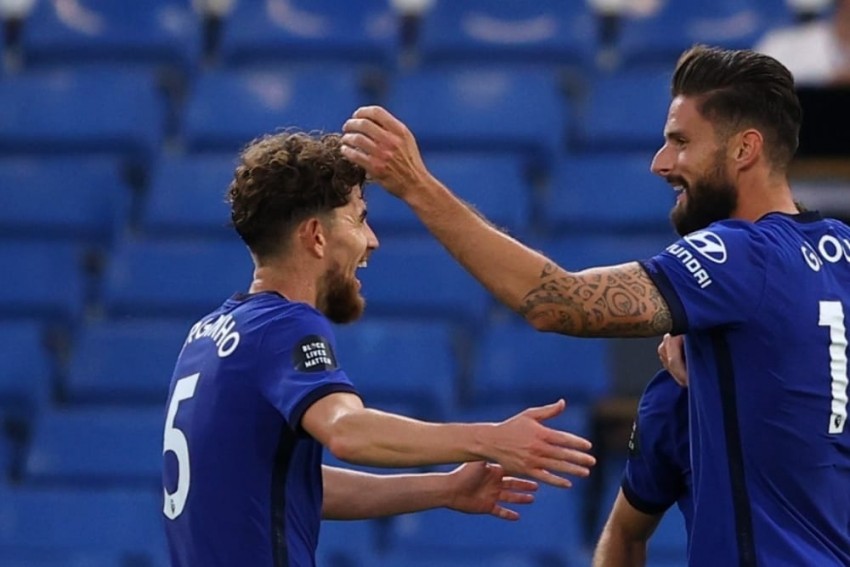 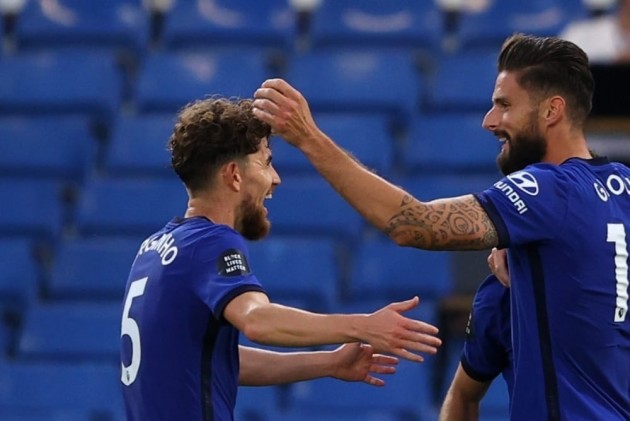 Olivier Giroud's third goal in four matches was enough for Chelsea to claim a 1-0 win over already-relegated Norwich City, giving them a four-point advantage of Manchester United in fifth.

Champions League qualification appeared to be on the rocks after third-placed Chelsea lost 3-0 to Sheffield United last time out, but after Leicester City and United dropped points too, Frank Lampard's men have consolidated their place in the driving seat.

That is not to say they were in great shape throughout at Stamford Bridge – there were times in the first half where the Blues looked like they might disappoint again, but Giroud finally punished slack defending in stoppage time.

Clear-cut chances were more of a rarity after the break, but against a Norwich side that has scored just 26 times this season, Chelsea never looked in danger of being pegged back and Giroud's header was enough.

Chelsea were dominant throughout the first half but were less than convincing in front of goal.

Giroud, starting ahead of Tammy Abraham, was guilty of spurning two excellent chances with mishit finishes, with the hosts appearing to grow frustrated as the first period progressed.

Christian Pulisic went close as well, though Tim Krul's reaction save saw him tip the American's fierce strike on to the crossbar in the 36th minute.

Giroud eventually made the breakthrough just before half-time, however, nodding in Pulisic's cross from six yards.

The second half was an even cagier affair, with little happening at either end before Cesar Azpilicueta's speculative long-range effort with his left foot flew just over.

Krul then thwarted Pulisic from close range 15 minutes from time, though Chelsea were not made to rue that error, as they saw out the triumph.

What does it mean? Chelsea get the job done

It was not as comprehensive as most would have predicted – and expected. But, at this stage of the season, getting three points is all that matters and it keeps the Blues on course to finish third.

Given their final two matches of the season are away to Liverpool and at home to Wolves, anything other than a win here would have surely been critical.

It is fair to say Willian is doing his chances of earning a new contract beyond the end of the season no harm with recent performances. He may not have finished the game with any goals or assists, but he was a creative threat – he laid on seven key passes, more than anyone else on the pitch.

It was always likely to be a thankless task leading the line for Norwich, but Josip Drmic did not exactly help himself – the Switzerland international offered precious little after getting the nod ahead of Teemu Pukki and Adam Idah.

- Pulisic has registered 11 goals involvements in the Premier League this season (eight goals, three assists), the most by a United States player since Clint Dempsey in 2012-13 (also 11).
- Since his Premier League debut in August 2012, Giroud has scored 31 headed goals in the competition, five more than any other player in that time.
- Giroud has scored in three successive Premier League starts for the first time since January 2017, when he netted in six consecutive games as a starter for Arsenal.
- Chelsea have won five consecutive home Premier League games for the first time since December 2017.
- Norwich have now lost 25 Premier League games this season – the most defeats they have ever suffered in a league campaign.

A trip to Wembley awaits Chelsea on Sunday as they face Manchester United in the FA Cup semi-finals, before then returning to Premier League action at champions Liverpool. As for Norwich, they play their final home match of the season against Burnley on Saturday.