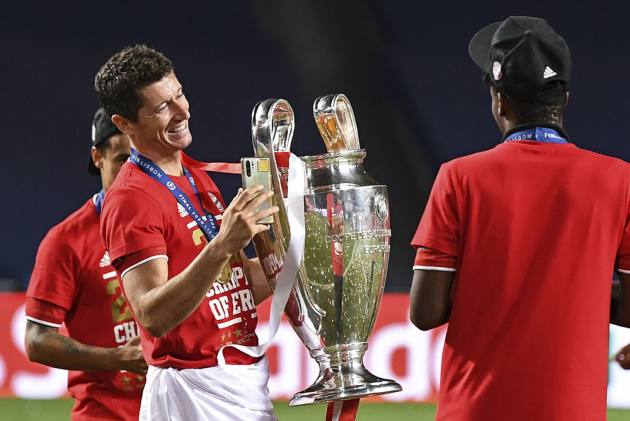 Bayern claimed their sixth European Cup/Champions League crown and completed the 2019-20 treble thanks to Sunday's 1-0 victory over Paris Saint-Germain.

It capped a memorable night for Lewandowski, who had never won the Champions League prior to the PSG showdown after losing the 2012-13 final against Bayern during his time with Borussia Dortmund.

Never stop dreaming. Never give up when you fail. Work hard to achieve your goalððª Thank you for your support, for believing in our abilitiesðWe are the Champions of Europe! @fcbayern #miasanmia #uclfinal

Lewandowski – an eight-time Bundesliga champion who enjoyed a remarkable season with 55 goals in all competitions – revelled in the achievement, writing via Instagram: "Never stop dreaming. Never give up when you fail.

"Work hard to achieve your goal. Thank you for your support, for believing in our abilities. We are the Champions of Europe!"

While Lewandowski did not score against PSG, the Bayern striker was still crowned the Champions League's top goalscorer in 2019-20.