Manchester United will travel to Anfield with a three-point lead at the top of the Premier League, courtesy of Paul Pogba. 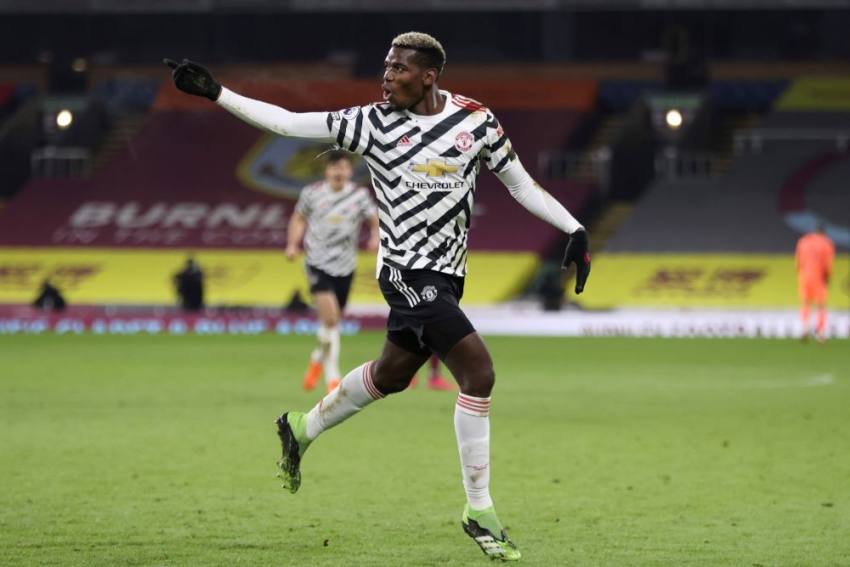 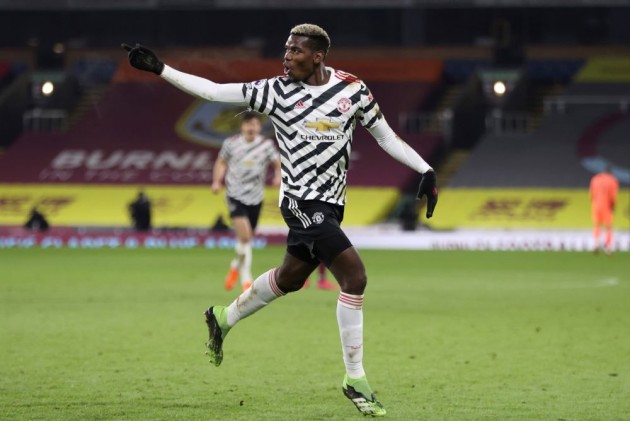 Paul Pogba volleyed in the winning goal as Manchester United moved top of the Premier League by prevailing 1-0 at Burnley. (More Football News)

United only needed a point on Tuesday to move above champions Liverpool ahead of the two teams' crunch clash at Anfield this weekend.

Burnley defended well but did not manage a single shot on target, while Ole Gunnar Solskjaer's side had a first-half goal from Harry Maguire disallowed.

The hosts went close early on when United defender Eric Bailly made a key block to divert Chris Wood's effort away from David de Gea's goal.

Anthony Martial fired off target when a presentable chance was given to him by United team-mate Nemanja Matic before VAR took centre stage.

After a long review, Robbie Brady's foul on Edinson Cavani just outside the area was rescinded and Luke Shaw was booked for a foul on Johann Gudmundsson earlier in the move, with Burnley calling for a red.

Maguire impressively headed in a Shaw cross only for a foul to be awarded for his duel with Erik Pieters. Nick Pope then impressively kept out a Martial curler to ensure the first half ended goalless.

A golden opportunity went begging following the break when Cavani scuffed a close-range effort straight at Burnley keeper Pope after Martial had squared into his path.

Rashford had been enduring a quiet evening out on the right until he picked out Pogba at the edge of the penalty area just as it began to look like United would have to settle for a draw.

Pogba latched on to it and superbly volleyed in, with a deflection off Matthew Lowton ensuring Pope was powerless to keep it out.

There were a couple of late scares for United, with James Tarkowski squandering an opportunity and Maguire not penalised amid claims of handball, but they held on with only late injuries to Martial – who had a last-gasp shot saved by Pope – and Matic dampening the mood.

What does it mean? United rolling into Anfield

The Liverpool match will be a huge test for United, but they go into the game on top of the table with their superb away form – seven wins and one draw from eight top-flight games – continuing.

Their sixth straight win at Turf Moor was hard fought, but deserved. Maguire's first-half goal was harshly ruled out, while United, who were thwarted by the impressive Pope six times, had the chances to have put the game to bed before Burnley's late flurry.

The last time United were top at this point of a season was 2012 in Alex Ferguson's last season, which ended in title glory.

1 – This is the first time Manchester United have ended the day top of the Premier League table, having played as many as 17 games, since the final day of their title-winning campaign in 2012-13 under Sir Alex Ferguson. Restored. pic.twitter.com/fHDP8FWTxY

United have had Pogba back closer to his best since his spectacular goal against West Ham in the comeback win on December 5.

His goal was excellent here, too, while his 104 touches, 70 completed passes and five clearances were all outright game highs. The World Cup winner also added two created chances and won 12 of his 14 duels.

Ahead of the match, Solskjaer insisted Cavani was raring to go as he returned from his three-match suspension.

But the veteran striker struggled to get involved (finishing with just 30 touches in 90 minutes) and missed a huge chance to open the scoring with what proved to be his only attempt on target.

If Martial is injured, Cavani could get an immediate opportunity to improve against Liverpool.

- United have kept their first away clean sheet of the season in the Premier League, conceding 11 goals in their previous seven matches on the road in this campaign.
- Burnley have scored just one goal in their last 10 home league games against United, compared to 20 in their previous 10 games versus the Red Devils at Turf Moor.
- Burnley have won just one of their last 26 Premier League home games against the “big six” sides (D4 L21), a 2-1 victory over Tottenham in February 2019.
- Pogba's last seven Premier League goals have come away from home, including each of the last three in a row.
- Rashford has been directly involved in 11 goals in his last 14 Premier League appearances (6 goals, 5 assists).

United have that huge trip to Liverpool on Sunday, while Burnley are away to West Ham on Saturday as they sit five points clear of the bottom three.