Thanks to a fast start against Brighton, Liverpool recorded their first triumph away from Anfield since February 15 on the south coast. 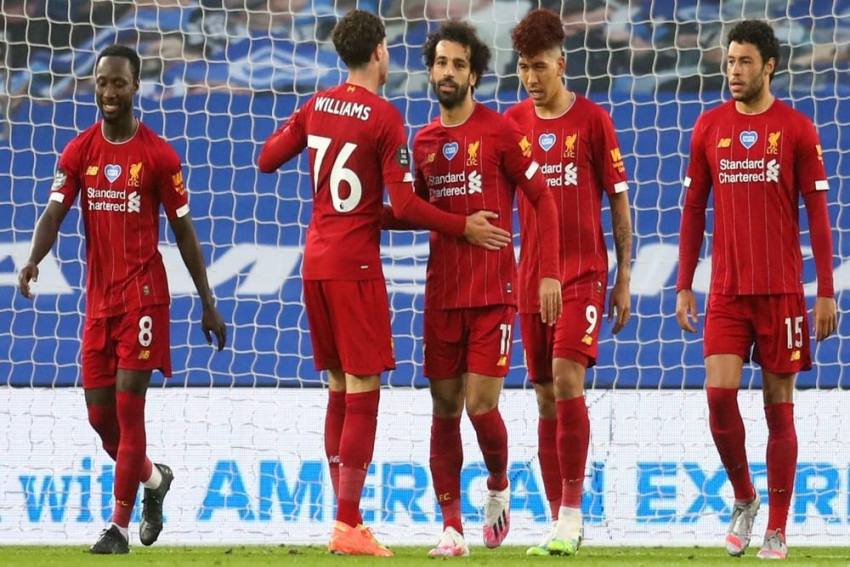 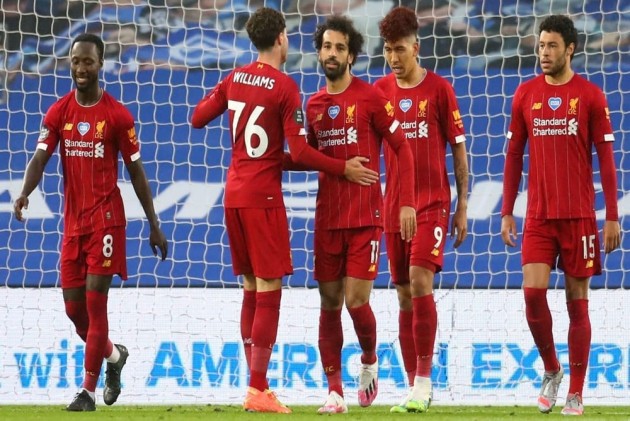 Liverpool ended a five-game winless run on the road as Mohamed Salah scored twice in a 3-1 triumph over Brighton and Hove Albion on Wednesday.

Salah and Jordan Henderson were on target inside the opening eight minutes as the Premier League champions quickly seized control on the south coast, albeit they were helped out by their opponents.

While a first away victory since a 1-0 success at Norwich City on February 15 was made trickier by Leandro Trossard's fine goal before break, Salah made sure of all three points when he headed in at a corner.

After going seven hours and 47 minutes without an away goal in all competitions, a barren run stretching back to Sadio Mane's winner at Carrow Road, Liverpool scored twice within 127 seconds.

Naby Keita was influential in both goals, setting up the opener as he robbed possession from Davy Propper to tee up Salah, who curled in a first-time finish with his left foot.

Brighton failed to heed the early warning as they were pressed into trouble again soon after, Keita springing the counter from a turnover. Roberto Firmino and Salah were also involved before Henderson ran onto the ball to send a shot across Mat Ryan and into the net.

To their credit, the hosts responded impressively following such a shocking start.

Alisson kept out Neal Maupay with a point-blank save but the Brazil goalkeeper was left helpless by Trossard's half-volleyed finish from a Tariq Lamptey cross, the sweetly timed strike halving the deficit.

Dan Burn then fluffed a glorious chance to equalise on the hour mark, scuffing his finish at the back post, and Salah made him pay.

The Egypt forward took his tally to 19 in the league this season when his run to the near post allowed him to meet Andy Robertson's set-piece delivery in the 76th minute, flicking the ball in as Liverpool moved 23 points clear of City.

What does it mean? Reds closing in on century

Liverpool, who became the fastest team to reach 30 wins in the history of the English Football League, are into the nervous nineties as they chase Manchester City's points record in the competition.

This was an improvement on the tepid display against Aston Villa on Sunday but there are tougher hurdles to clear if they want to hit a century, including a trip to Arsenal and a clash with Chelsea at Anfield.

Injuries and indifferent form have plagued Keita’s Liverpool career so far. However, after producing the assist for Mane's opener against Villa at the weekend, the midfielder again demonstrated how he can make a difference in attack. He created four chances during his 61 minutes on the pitch.

Credit to Graham Potter's side for trying to play out from the back, but their desire to do so proved costly. Propper had his pocket picked for the first, while Adam Webster overran the ball when in possession to leave a gap that Liverpool clinically exploited with Henderson's fine finish.

- Brighton have only won two of their 14 Premier League games in 2020 (D7 L5) - no other side has won fewer in the calendar year.
- This was Liverpool's 13th away league win this season; the joint-most the Reds have ever won on the road in a league season in their history.
- Liverpool were 2-0 ahead in the eighth minute of this match, the earliest they have taken a two-goal lead in a Premier League match since May 2011 against Fulham (seven minutes).
- Mohamed Salah has been directly involved in eight goals in his six Premier League appearances against Brighton, scoring five and assisting three.
- Liverpool captain Jordan Henderson has scored more Premier League goals in 2019-20 (four) than in his previous three seasons combined before this (three).

Liverpool return home to welcome Burnley to Merseyside on Saturday. Brighton are at home on the same day, taking on the dethroned champions City.