With ATK Mohun Bagan, a genuine contender for the title, making it to the play-offs, Marcelinho is now just a couple of games away from winning his first-ever ISL trophy. 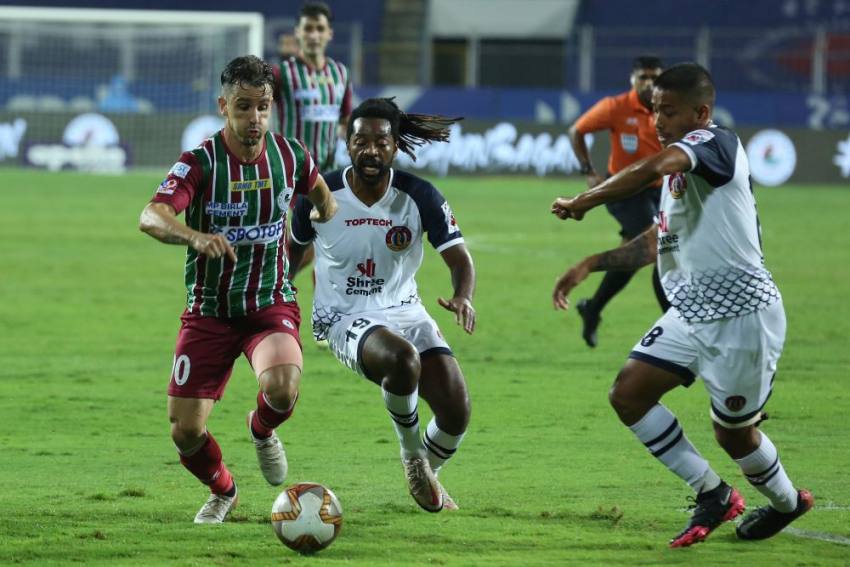 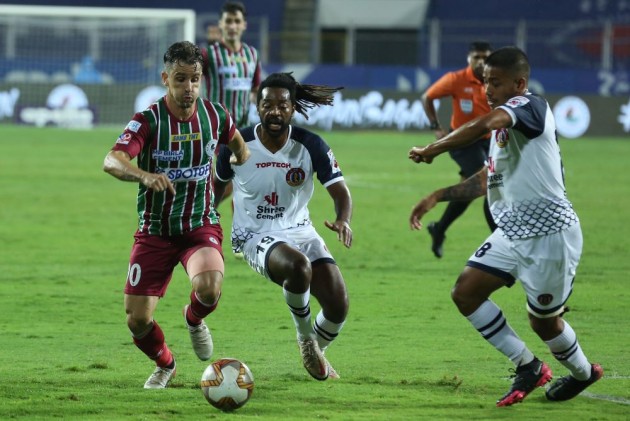 From spectacular goals to single-handedly winning matches, Brazilian forward Marcelinho has given fans a lot to savour in the Indian Super League but he is yet to win the elusive title. (More Football News)

With ATK Mohun Bagan, a genuine contender for the title, making it to the play-offs, Marcelinho is now just a couple of games away from winning his first-ever ISL trophy.

ATK Mohun Bagan missed out on the League Winners Shield, but given Antonio Lopez Habas' record in the knockout stages, it is hard to look past the Kolkata side.

"But I'm trying to focus on the moment. I try to focus on the quality to help my team -- my experience, set-pieces, movement. I do not think in the long term," Marcelinho told ISL Media.

The 33-year-old forward had a season that went from bad to worse to excellent. The first half was spent warming the benches at Odisha FC where he did not often see eye to eye with coach Stuart Baxter.

But after ATK Mohun Bagan offered him a way out in the January transfer window, his impact has been sensational.

"Here, it's easy because of the way they play," said Marcelinho, who was the Golden Boot winner when he was with then Delhi Dynamos in 2016.

"There is a winning mentality and an opportunity to play good football. Everything is connected well in this team. There is quality in all the departments and we try to be compact."

The former Atletico Madrid 'B' player is also quick to credit both his teammates and his coach for helping him give the best for his team.

"The likes of (Roy) Krishna, and (David) Williams, they are not only good players but good people," he said.

"On the field, everything's too easy with them. They know where I'm running. When you have players like that playing with you, your job becomes easier."
Knowing coach Habas for a long time also helped Marcelinho.

"He knew me when I was in Delhi. When I was in Hyderabad, he tried to call me to his team. He put a lot of confidence in me and it is this confidence that makes me comfortable.

"In Odisha, everything I did, the coach questioned. I think, when the coach trusts a player, he leaves the player to do what he wants to do. Here, the coach makes me feel really special."

The situation is in stark contrast to what he experienced at Odisha, where he frequently cut a frustrated figure. It was clear from the onset that despite his many gifts, he was not what Baxter wanted.

"I think from the beginning, the coach was very confrontational," Marcelinho said.

"I told him I'm not too defensive and I'm not comfortable to play in this situation. So play me in a free role or in attack. But he took that in a confrontational way and he tried to remove me from the team.

"To sit on the bench was a new experience for me. I'm a professional and I have to accept these situations. But if you put a key player on the bench, there are consequences for everybody," he said.

Given his past reputation of a confrontational player, Marcelinho admitted that he has made mistakes in the past, but said he's now a changed man.

"When I was captain, I was more energetic and I was trying to be a leader. And I made some mistakes, some tackles and things. But now, I'm more calm. I try to control my emotions and not create problems for the team by getting yellow cards," he said.

Reports Suggest No Fans From Abroad For Postponed Tokyo Olympics