France had just two shots on target in their win over Bosnia-Herzegovina on Wednesday, but coach Didier Deschamps was not too concerned. 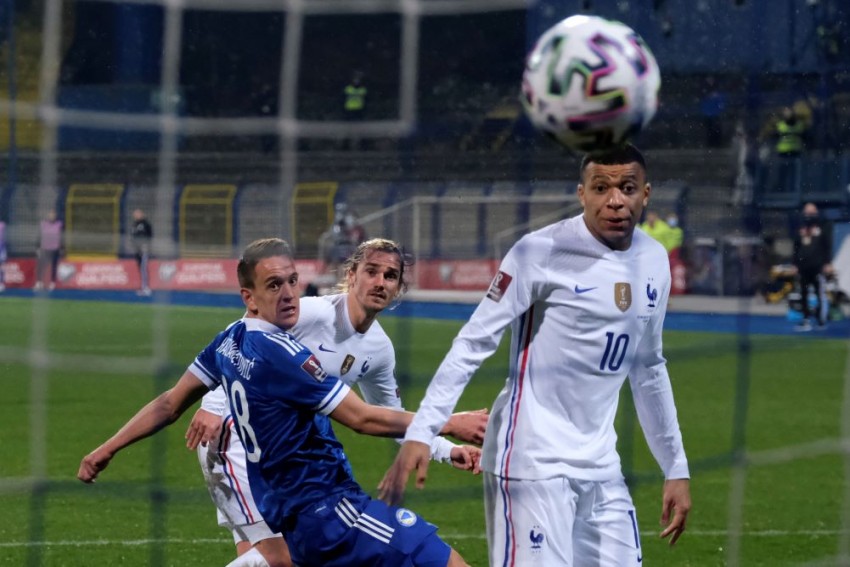 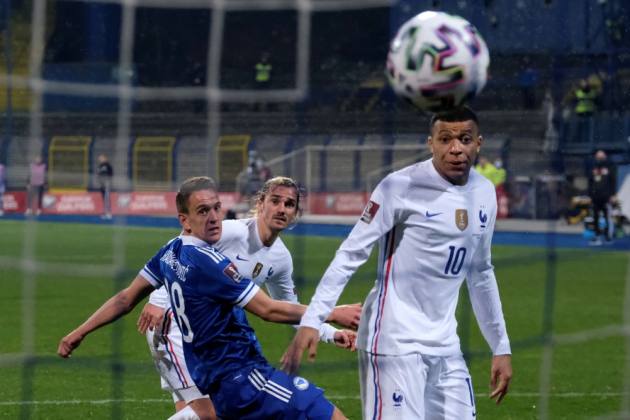 Didier Deschamps insists winning is the only thing that matters in World Cup qualifying after acknowledging France's first-half display in their 1-0 win over Bosnia-Herzegovina was below par. (More Football News)

Les Bleus were well off the pace during the opening 45 minutes in Sarajevo, but the 2018 world champions ultimately sealed all three points thanks to Antoine Griezmann in the 60th minute.

The Barcelona forward met Adrien Rabiot's left-wing cross with a superb header that brought up his 35th international goal.

An eighth consecutive away win - the longest winning streak on the road in their history - moved them four points clear of second-placed Ukraine at the summit of Group D.

While accepting his side's first-half performance was not good enough, Deschamps was largely pleased with how his players battled through a third game in eight days.

"Our first-half display is below what we are capable of doing," he told M6.

"It was better in the second half. It is not easy. All matches are complicated. There are things that I have seen us do that I haven't seen in a while. The main thing is victory.

"We did more in the second half even if I take the opponent into account as well. I found that the start was quite difficult. I don't want to find excuses for the players. I am very demanding with them, even if the trips and the time differences are difficult.

"The three matches we will have in September will be against our three direct opponents. Nothing is done but we have put ourselves in the best place with seven points from three games."

Hugo Lloris, whose 123rd appearance moved him level with Thierry Henry as France's second-most capped player, attributed their ability to grind out a result to their robust mentality.

"It was a bit laborious, especially in the first half," the Tottenham goalkeeper said.

"We struggled with the use of the ball especially. They put us in danger on the counter-attacks and on the set pieces with the quality of [Miralem] Pjanic. But the state of mind is remarkable. Honestly, we played badly today, but we won with the state of mind.

"It's something you can build on. This is not the first time, but we must continue to move forward, to improve because there are important deadlines in June and July. After Antoine's goal, we managed the result.

"We could have scored a second goal, but we got the win and we are moving forward."