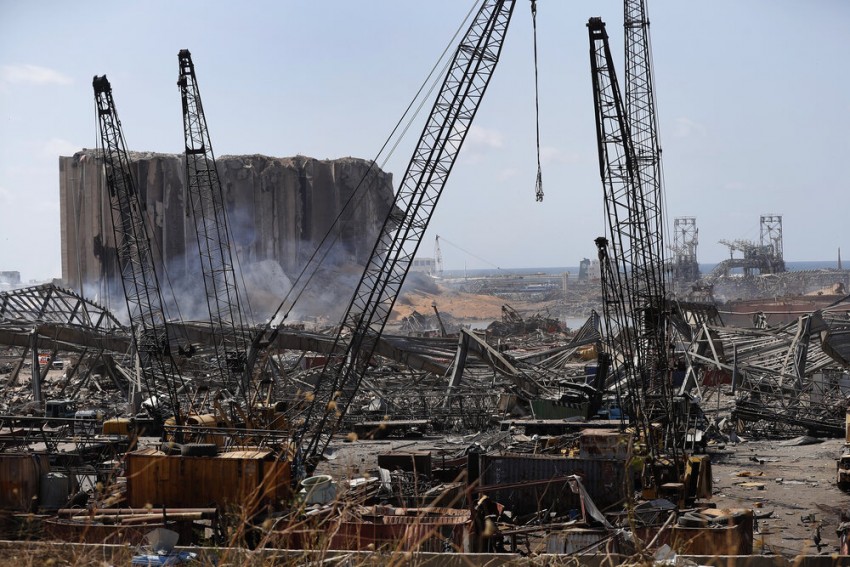 Extensive damage at the site of an explosion that hit the seaport of Beirut, Lebanon
AP
Outlook Web Bureau August 05, 2020 00:00 IST Beirut Explosion | First Person Account: 'It Felt Like An Earthquake ... My City Was Gone In Seconds' 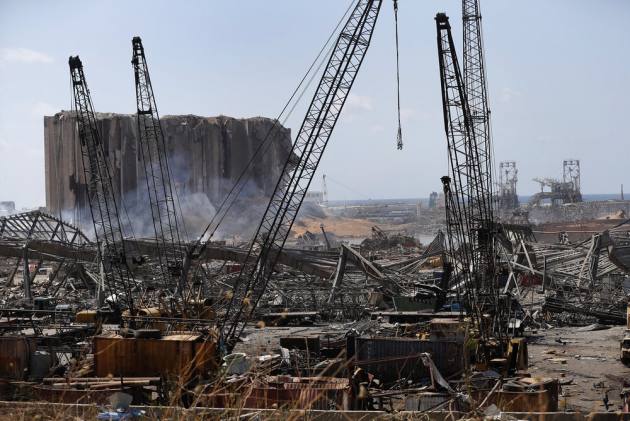 A large blast in the port of Beirut – Lebanon's capital – has killed more than 100 people and injured more than 4,000 while dozens are still missing, as reported by the health minister of the country. Other than natives and many others, AFP sports journalist and former AIPS Young Reporter Rayane Moussallem was also caught up in the chaos.

According to AIPS Media, Moussallem said, "I was about to leave the office, my work is around 5km away from where the explosion happened. I was in the toilet washing my hands and at the beginning, it felt like an earthquake. As soon as I opened the door, the explosion hit. Everything fell down from our desks, our papers and mobiles. Everybody felt it was an earthquake. When we realized it was an explosion we remained speechless. Everyone started crying. I can’t put into words what we felt. Beirut is gone."

Further talking about the post-blast events, the journalist said that the first thing people around di was to contact their families and close friends, but it was hard as the connection was cut off.

Describing the damages, she said, "A couple of hours later, I managed to leave the office. The damages on my way were already incredible: my city is gone, there were glasses on the road, everything was broken around the area. My parents were in the countryside, in the mountains around 45km away from Beirut and felt it just like nearly everywhere across Lebanon, it even reached Nicosia, Cyprus." She further added, "so many people have lost their houses and they have no place to go but a lot of people are offering help."

According to authorities, the blast occurred due to 2,750 tonnes of ammonium nitrate stored unsafely in a warehouse. Ammonium nitrate is used as a fertiliser and explosive. The Minister of Health has asked people to leave the city due to the air toxicity.

The Lebanon government had decided to put the country in a semi-lockdown phase with 5 days of lockdown followed by two open days. Tuesday was the first day of normality, which led to more casualties. If this had happened on Monday, maybe the victims would have been less. My family and close friends are safe, thank God, but last night I received the news that a girl I know from my bank - she was in her 20s, we used to chat and talk - has passed away. I saw her in the list of missing people at the beginning and recognised her and then discovered that she passed away. I cried all night," Moussallem revealed.

She also revealed that hospitals have also been damaged by the blast. Also, doctors and nurses have been injured. Also, other countries have offered help to Lebanon, and mobile hospitals are already en route.

"We have been asked to work from home but of course we don’t know anything about what will happen next. Today Europa League will resume and I will write from home. We have three days of mourning! Our hearts are broken. We feel like our city is gone," she quipped.