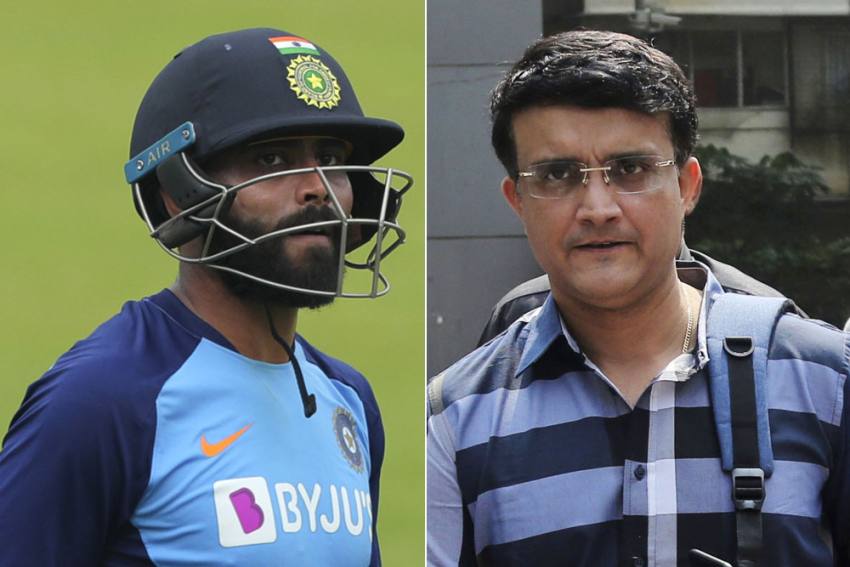 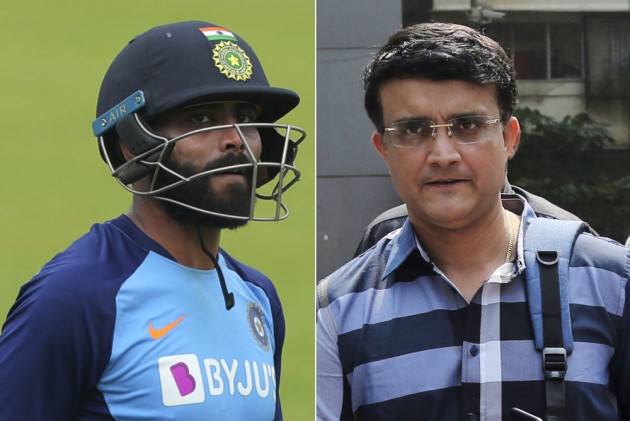 BCCI president Sourav Ganguly says Ravindra Jadeja's improved batting will be very important for the Indian team going into the future after the all-rounder played a crucial cameo in the third ODI against the West Indies in Cuttack.

Jadeja, who has already hit 11 half-centuries in ODIs, held his nerves to remain unbeaten on 39 off 31 balls in a high-scoring chase against West Indies in the series decider on Sunday night.

"Another win @bcci...congratulations..good performances with the bat in a pressure game..jadeja s improvement with the bat so important ..." Ganguly tweeted.

Another win @bcci ...congratulations..good performances with the bat in a pressure game..jadeja s improvement with the bat so important ...

Ganguly's satisfaction is understandable as Jadeja, at the start of his career, was panned for not being able to hit big shots in the death overs.

However, things have changed in the past few years and he has now scored more than 2000 runs in ODIs (2188 to be precise) and 1844 in Test matches.

In all, he has 25 half-centuries (14 in Tests and 11 in ODIs) along with a hundred in the longest format.