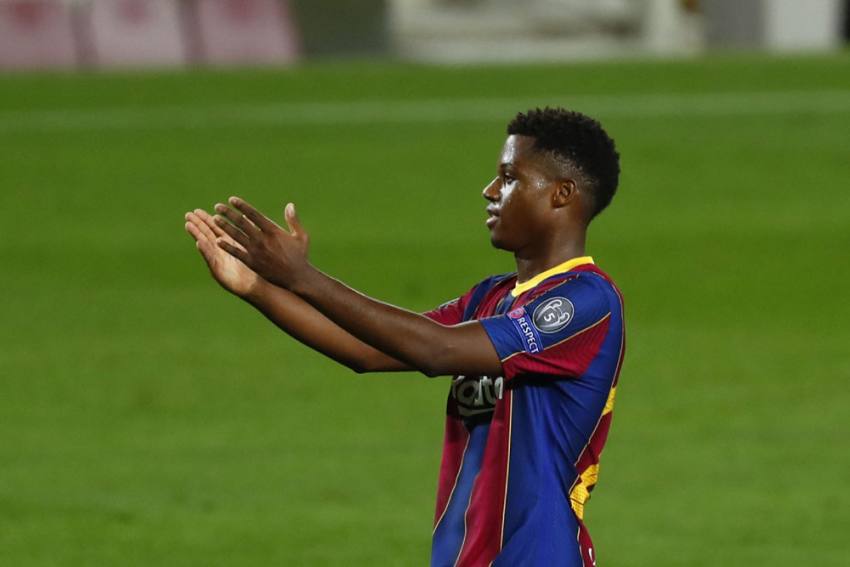 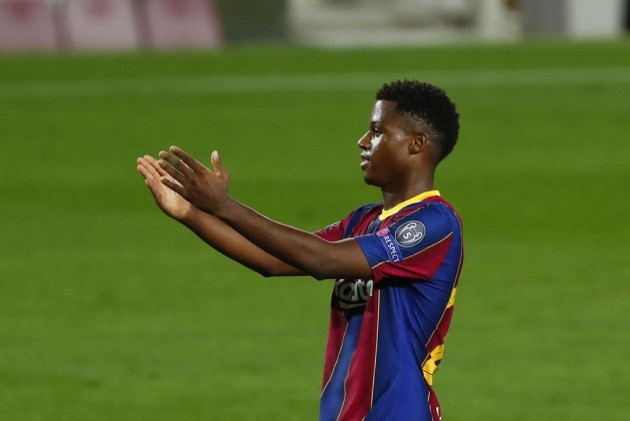 Barcelona sensation Ansu Fati said he is continuing to learn from superstar captain Lionel Messi after setting a Champions League record on Tuesday.

It was a record-breaking night as LaLiga giants Barca opened their Group G campaign with a 5-1 rout of Hungarian visitors Ferencvaros at Camp Nou.

Messi became the first player to score in 16 successive Champions League campaigns after his 27th-minute penalty opened the scoring for Barcelona.

Fati doubled the lead with a volley as he became the first player to have scored two Champions League goals before celebrating his 18th birthday.

"Messi is still Messi," Fati told Movistar post-match. "He can score in any action.

"We are very happy to have him here with us and I continue to learn from him."

Leo #Messi is the first player in @ChampionsLeague history to score in 16 consecutive seasons! #UCL

"We start with a good victory, we have to continue like that," Fati added. "It's [his goal] thanks to all my team-mates, they make things easy for me. It's a fantastic pass from Frenkie [De Jong] and I just had to push the ball."

Philippe Coutinho, Pedri and Ousmane Dembele were also on target for Barca, while defender Gerard Pique was sent off in the 68th minute.

Barca are the first team ever to have two goalscorers aged 17 or under in a single Champions League match thanks to Fati and Pedri.

"It's good for the team, it means we're good," Fati replied when asked about Barca's attackers scoring goals.

"The more competitive there is between us, the better. We all come out better."

Madrid, who have a game in hand, are third and one point behind Real Sociedad, while Ronald Koeman's Barca are four points off the pace, having only played four matches.

"I approach it with maximum enthusiasm," said Fati. "It's a Clasico, I've always dreamed of competing in it."