Australia Vs India, 1st ODI Live Streaming: How To Watch Tour Opening AUS Vs IND Clash On TV And Online

All you need to know about the Indian national cricket team's first international match after a nine-month-long COVID-19 sabbatical, against fierce rivals Australia 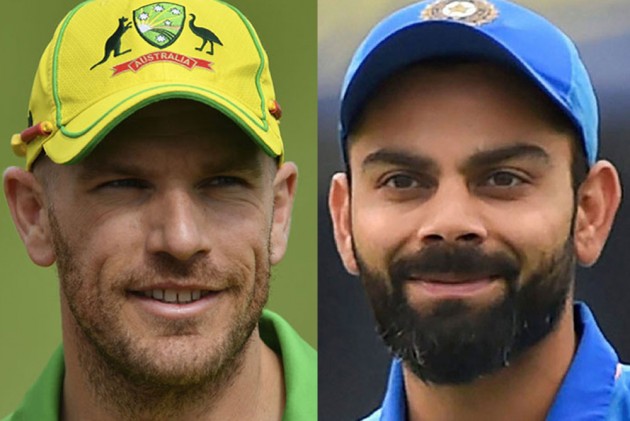 The Virat Kohli-led Indian cricket team are already in Australia for a full-fledged tour. This will be India's first international assignment in more than nine months. India's scheduled match before the 2020-21 tour Down Under was against visiting South Africa. But that series never happened after the first of the three ODIs in Dharamsala on March 12 was abandoned without a ball bowled due to rain, strangely, in COVID-19 times. Then, the Proteas left India as the remaining two matches were cancelled due to the pandemic. (More Cricket News)

The pandemic continues to wreak havoc. But the Australia-India cricket series, involving three ODIs, three T20Is and four Test matches, will go ahead as promised by Cricket Australia. They have the Indian Premier League (IPL) 2020 to look up to, which was conducted in the United Arab Emirates. Aussies themselves toured England before the T20 carnival in the Middle East.

Meanwhile, India will wear 'retro' theme shirt, inspired by the Seventies during the dual limited-overs leg. The new shirts will have a Navy Blue shade, a shift from the conventional sky blue colour.

Now, the focus is on the first match of the tour, for all the right or wrong reasons. Here's a look at it, and how to watch it live:

Head-to-head: Australia lead the head-to-head record 78-52 with 10 no results in 140 meetings. In the last meeting, India beat Australia by seven wickets at Chinnaswamy Stadium to win the home series 2-1. Before that Kohli & Co won their World Cup meeting by 36 runs at Kennington Oval.