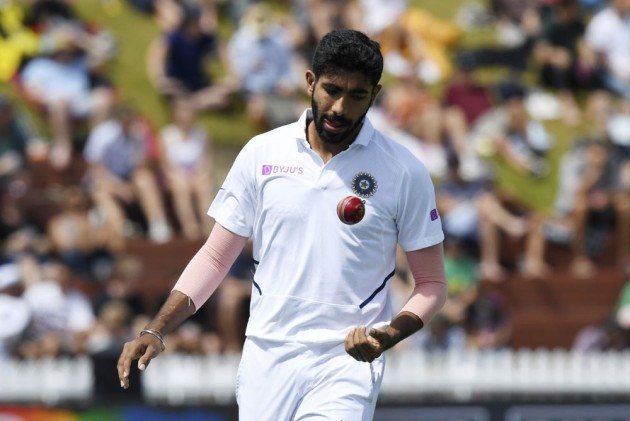 Former Australia captain Allan Border believes a fully fit Jasprit Bumrah will be the key to India's prospects of retaining the four-match Test series Down Under.

Calling himself a big fan of the India pace spearhead, Border said Bumrah has the potential to make a difference between the two sides in the much-anticipated rubber, starting in Adelaide from Thursday.

"Well I am a huge fan of Bumrah. If he keeps himself fit. We are talking of a guy who can win games for you fellows. I worry about him because on our pitches you get a little bit of bounce and sideways movement," said Border.

"For India to win, I am worried about Bumrah. If he fires up like he did last time, get important wickets, ruffle a few feathers with the ball, I reckon he could be the real difference," he added ahead of the series to be telecast live by Sony Networks.

Bumrah accounted for 21 wickets in four matches in 2018-19, playing a key role in India's first-ever Test series win in Australia.

"You always think that your batting line-up will get enough runs, you need the 20 wickets to win the Test. If he stays fit, he is the one who is going to be a key," the former Australia skipper added.

"He (Bumrah) is a ripper. Just the way he plays his cricket, always has smile on his face. Lethal when he gets his rhythm going."

From Australia's point of view, Border picked young all-rounder Cameroon Green as the player to watch out for in the series.

"For Australia, Cameroon Green, he is a really good young cricketer. He is someone to watch. He ia big tall lad and his batting is really good, gives the ball good whack and he's got great technique," he said.

Border also said the Indians will feel the absence of Virat Kohli once he returns home after the opening Test to attend to the birth of his first child.

"I agree, there will be a huge gap in that line-up -- just his (Kohli's) presence around that team and out on the field. I think the Aussies will really enjoy that they don't have to bowl to him for three of the Test matches.

"So he will want to hit the ground running at Adelaide and try and get India off to a flying start and see what happens from there," he said.

"It's hard to replace anyone like him. So we have to wait and see the impact it has but surely the Aussies will be favourites for the games where he is not playing. That is for sure."

"...(But) somebody or the other from the Indian ranks lift themselves up to make up for his absence.

"... And therefore like I said that though it is going to be a huge boost for the Australians, for the Indians it will be a great incentive to lift their game up, for everybody to give that extra to make up for his absence," Gavaskar added.